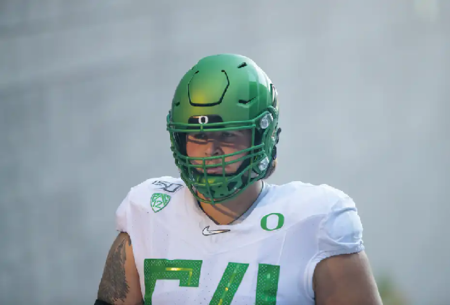 Calvin Throckmorton is an offensive lineman, specializing in the offensive tackle position. During his school days at Newport High School in Bellevue, Washington and the consensus three-star state prospect recruited to the University of Oregon in 2015. He red-shirted his freshman season and started 52 consecutive games for the Ducks.