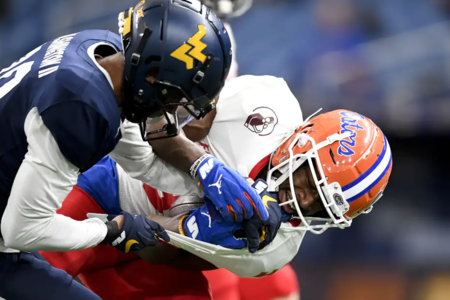 Some expected the New Orleans Saints to use one of their draft picks last weekend on a cornerback out of a rather deep draft class at the position. The Saints already have one of the league’s best starting duos there with CBs Marshon Lattimore and Janoris Jenkins, but questionable depth. New Orleans did not select a defensive back, but signed a talented player in West Virginia's CB Keith Washington who went undrafted. New Orleans signed Washington to a $95,000 guaranteed contract.

In today’s rookie profile we look at Keith Washington that could unseat one of the Saint’s veterans for a backup job.