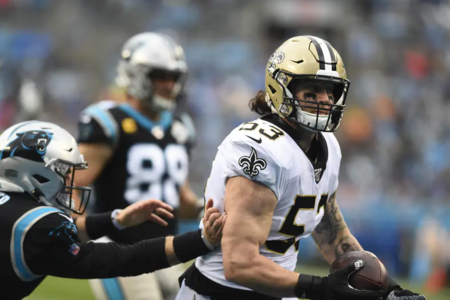 Against the NFL’s 31st ranked rush defense, the Saints rushing attack was dominant behind a healthy offensive line returning guards Larry Warford and Andrus Peat to the starting lineup. In the first half, the Saints’ backfield tandem of Kamara and Murray rushed for 82 yards and two touchdowns, both by Alvin Kamara in the first quarter. …