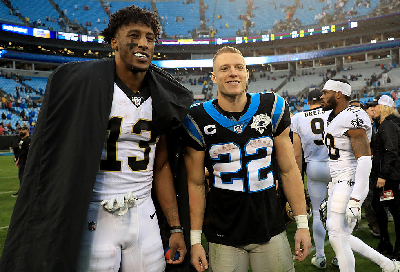 The second of three injury/practice participation reports this week was released today by the New Orleans Saints and Carolina Panthers, who face off against one another this Sunday at the Mercedes-Benz Superdome at noon.

It offers a few clues into who may miss the game Sunday, and it's looking like Saints All-Pro wide receiver Michael Thomas may miss another game.
After an injury setback to his hamstring yesterday, Thomas was downgraded at practice, not seeing the field at all.

Thomas has not played since week 1 when he suffered a high ankle sprain in the final minutes of a double-digit win.

Entering week 5, it appeared he might return, but was not active for the game against the Chargers. He punched teammate C.J. Gardner Johnson in practice, then was verbally insubordinate to the coaching staff, leading to his discipline.

Now, it's a hamstring injury keeping him off the field.