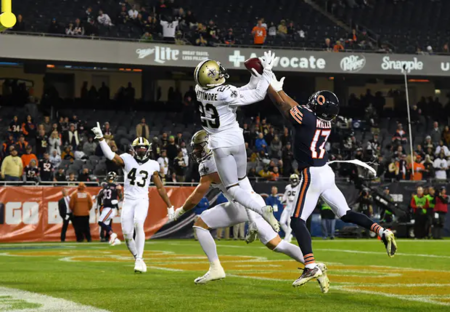 The Las Vegas Raiders christen their brand new stadium by hosting one of the NFL's best teams, the New Orleans Saints, on Monday Night Football. Both teams come into this contest with 1-0 records after the Saints defeated the Tampa Bay Buccaneers 34-23 at home, and the Raiders emerged with a 34-30 win on the road at Carolina.

Here are some of the key matchups to watch on both sides of the ball as the Saints and Raiders wrap up Week 2 of the NFL season with this Monday Night Football clash.

Las Vegas made an offseason focus on adding receiving weapons for QB Derek Carr. They signed former Cowboys TE Jason Witten to back up underrated TE Darren Waller and brought in a productive veteran in former Eagles WR Nelson Agholor. Vegas then turned their attention to the draft, selecting former Alabama speedster Henry Ruggs with the 12th overall pick, and followed that by drafting a physical wideout in Bryan Edwards of South Carolina in the 3rd round. ...