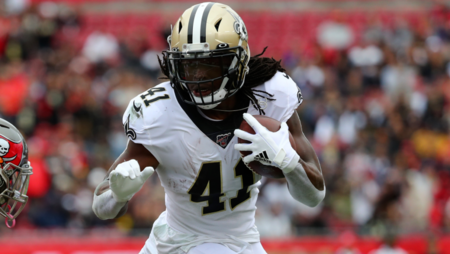 The SportsLine Projection Model has locked in its picks for Raiders vs. Saints on Monday Night Football.

The Las Vegas Raiders open a new era as they take on the New Orleans Saints on Monday Night Football. After 25 years in Oakland, the Raiders will christen Allegiant Stadium in Las Vegas as their new home. The Raiders (1-0) beat the Panthers at Carolina in Week 1, while the Saints topped Tampa Bay, 34-23. The Raiders will seek success that has eluded after making the postseason just once since 2003.

Kickoff is set for 8:15 p.m. ET. New Orleans, which will be without star receiver Michael Thomas (ankle), is a 5.5-point favorite in the latest Saints vs. Raiders odds from William Hill, while the over-under is 48.5. Before locking in any Raiders vs. Saints picks, make sure you see the latest Monday Night Football predictions from SportsLine's proven projection model.