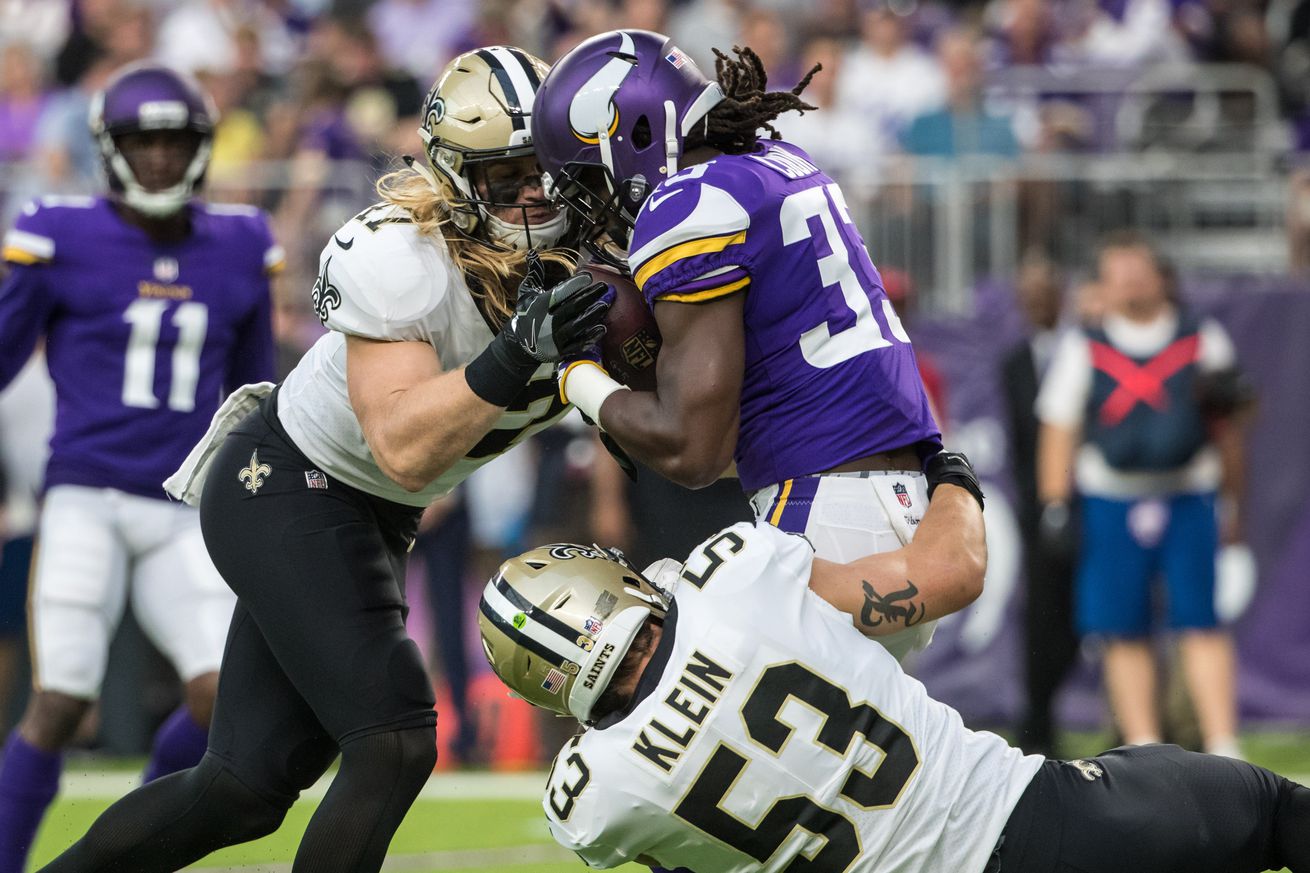 Brace Hemmelgarn-USA TODAY Sports
The 2019 NFL Preseason now officially starts its first full week of games. The Saints host Minnesota to kick things off, and this is your one stop shop to find out how to follow the action!

The New Orleans Saints finally take the field in the first week of the 2019 NFL Preseason tonight! The Saints host the Minnesota Vikings for the first of four preseason games over the next month. Although the star players will likely see a relatively small amount of playing time on the field, the rest of the roster should prove to be an interesting watch tonight.

There will be plenty of new faces in black and gold to follow in tonight’s game, and there will be some anticipation to see how they fare against the competition. Lets see who the next big thing for the Saints could be. It’s time to commence the annual shaking of fists and gnashing of teeth that is Saints preseason football!

Here are your links to follow all of tonight’s preseason action:

Perfect conditions under the Dome

Preseason games not included in the package