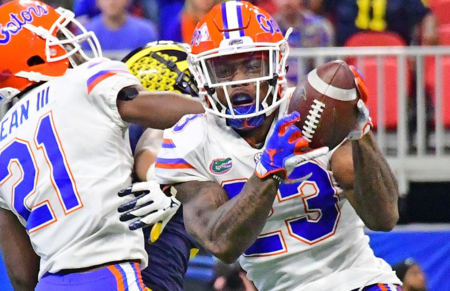 It was something of a convergence between past and future for Chauncey Gardner-Johnson when the New Orleans Saints traded up to select him with the third pick of the fourth round Saturday (April 27).

He caught himself thinking about the time before he ever played college football, when he went to Opening in Oregon, an elite high school football showcase put on by Nike. His coach there was the man whom he will learn under at the NFL level: Saints secondary coach Aaron Glenn.

It’s funny how things work out. Glenn stayed in touch with Gardner-Johnson after The Opening, making sure Gardner-Johnson stayed “on track.” It struck Gardner-Johnson when he took his last pre-draft visit, to New Orleans, and met up with Glenn again.

“It was like, ‘Dang, I could possibly play with for you at the biggest stage,’” Gardner-Johnson said. ...