Saints | Will fans be able to watch from Mercedes Benz Superdome stands this season? (1 Viewer) 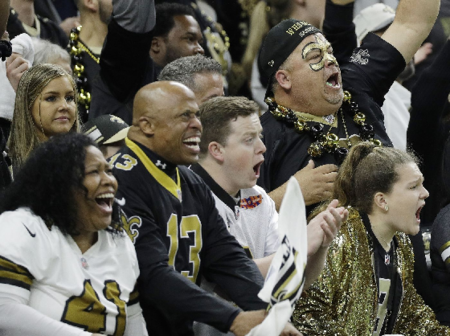 “I think it will be a late decision, but I think for some teams in some states, they’ve already made that decision that they won’t have people in the stands,” NFL Analyst Mike Detillier said.

The New York Jets and Giants and Philadelphia Eagles have already announced they will play in empty stadiums based on gathering limits in their home states.

Other team teams will have fans, but nowhere close to capacity to maintain safe social distancing.

The Atlanta Falcons announced they'll allow between 10,000-20,000 fans in their stadium this fall.

Detillier says teams in the south stand a better chance of playing before a live crowd than teams in the northeast and west where he says coronavirus mitigation measures appear to be a little stricter.