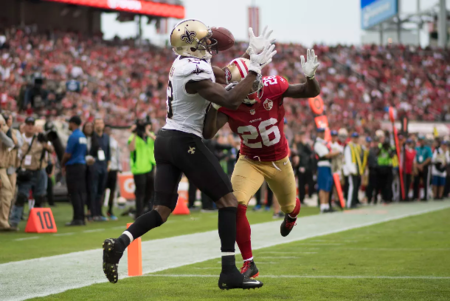 Our friends from Niners Nation preview the 49ers offseason.

We’ll continue a series of opponent preview posts for the New Orleans Saints opponents in 2019. Next, we’ll look at a meeting of two old NFC West rivals, the Week 14 matchup in New Orleans against the San Francisco 49ers. Our friends over at Niners Nation took some time to give us Saints fans the scoop on their up-and-coming western foe.

8 wins -- Over. I’m going with the over for a few reasons. Jimmy Garoppolo has been cleared for all physical activities. This will be the most talented 49ers roster in several years. The talent is there; now it’s just a question on if everyone can stay healthy. The offense is littered with speed and athleticism, while the defensive line has a chance to be one of the best in the NFL. I’m picking the over because I can see the Niners winning nine games without everything going according to plan.