Analysis: After last week’s remarkable comeback in Miami and a huge home win against the highly regarded Giants, it’s looking like almost anything is possible for the Saints. Now that they have a defense, they can play with any team in the NFL and they’re growing more confident by the day. It’s no longer Drew Brees and best wishes on offense. With Marques Colston and Jeremy Shockey now healthy and the newly found running game clicking, the Saints are going to score enough points to stay with anybody. They’ve been relatively lucky with injuries. Losing left tackle Jammal Brown at the start of the season seemed like it would be a huge blow. But Jermon Bushrod has stepped in and the offense hasn’t missed a beat. Look at the remainder of the schedule, which includes five games in the electric Superdome, and there are only three games that look like they could present any trouble. One comes Monday night, when the Falcons come to town. There’s another on Dec. 13 in Atlanta.

Toughest challenge: The biggest test of all could come Nov. 30...
Click to expand...

We might as well get used to the 'undefeated talk' for now because as long as the Saints keeping winning convincingly, the talk will only grow stronger... Unfamiliar territory for a Saints fan.

Offline
I really do not care if they go undefeated. I would rather not have to worry and hope for something so difficult of obtain. Maybe it is just tradition, but it is hard to get extremely hyped up about something that the Saints rarely do(losing no games in the 1st half of the season) and not expect a monster crush of a bad game sooner or later. I can't say that I am not really happy, just really reserved when it comes to getting hyped about an undefeated season. I would rather us try to win our division first than go undefeated.

Offline
Can't argue with that.

Offline
It's fun to imagine an undefeated season. But, admittedly, I'm steeling myself that it rarely happens. I will take a Super Bowl win, if you please. 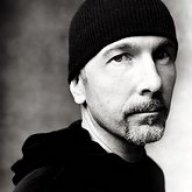 Ahead Of The Pack

Offline
I don't think we will. Only because once we lock up home-field advantage, the starters will see less playing time.

Offline
If we win on Monday, then it will be hard to not let your mind drift in that direction. Yes, I'm eating the cheese.......it's tasty

Offline
Peddle to the metal Payton.

Offline
I don't see Atlanta as the "threat" that everybody thinks they are. They make it to the playoffs playing a last-place schedule... their offense only played 3 games against a top-15 defense (the year prior), and everybody annoints their QB... I just don't see it. After the Saints destroy ATL on monday night everybody will see how strong teh Saints are.

I think our ONLY real test will come against New England... other than that... our road games are gimmes (Carolina, Wash, ATL, TB, StLou) and the home games will be blowouts.

I predicted 2 L's (in my sig) this Summer, but hey... they have a legit shot at running the table. If they stay focused, and (relatively) healthy.. who's to say they won't do it?

Throw in the fact that we have a shot at HFA... and that Dome... in the playoffs? :scared:
OP

Vibe Merchant said:
I would rather us try to win our division first than go undefeated.
Click to expand...

If we continue to go undefeated, we will wrap up our division sooner, and ultimately home field advantage. The latter being the ultimate goal during the 'regular' season...

My hope, like any other Saints fan, is to not only play in Miami in February, but to win our last game of the 2009/2010 season in Miami.

That said, if we win in Miami in February, and we do it 19-0, I have no problem with that whatsoever... After 43 years, it would be nice to own an NFL record that's hard to duplicate.

I have no idea if we'll lose a game in the next 10, but I wouldn't be shocked if we didn't. This team is very very very good.
Show hidden low quality content

Saints - 'By The Numbers' update