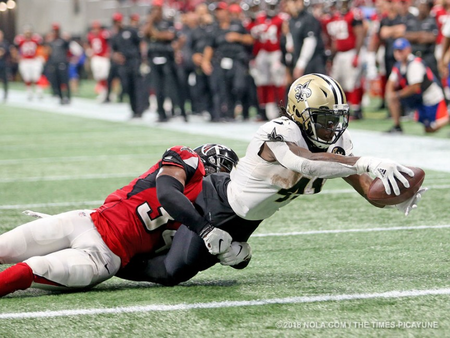 The New Orleans Saints were dead last in rushing heading into Sunday's matchup with the Atlanta Falcons. So all week, Saints coaches emphasized improving in that area.

The result? Season-highs in rushing attempts, yards and yards per carry.

The Saints rushed for 143 yards on 27 carries as they picked up a 43-37 overtime win against the Falcons.

Coach Sean Payton said Monday after looking at the game film he saw a couple things the Saints did well.

"I thought that we got to the edge pretty well," he said. "I thought we won the battle of the line of scrimmage. That was one of the things we talked about all week and one of the keys to victory." ...