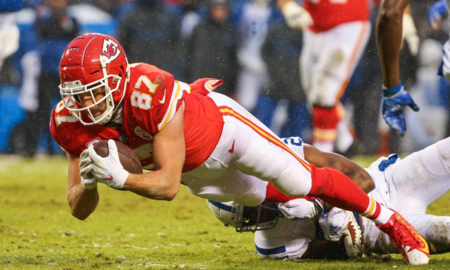 The New Orleans Saints traded their first round pick in the 2019 NFL Draft to move up last season and bag pass rusher Marcus Davenport. Now there’s plenty of hand-wringing at the thought of New Orleans waiting until pick No. 62 to make their first selection. But here’s some good news: the team’s biggest position of need, bar none, is at tight end. And the Saints will not need a first round pick to pick up a great prospect.

Only three players were selected in the first round of their respective draft classes: Eric Ebron (now with his second team), Evan Engram, and David Njoku. Just four more were picked up before the slot where New Orleans will make their first pick, and they include studs like Zach Ertz, Rob Gronkowski, Kyle Rudolph, and Vance Mcdonald (also with his second team). The best tight end in football, Travis Kelce, was picked at 63. ...