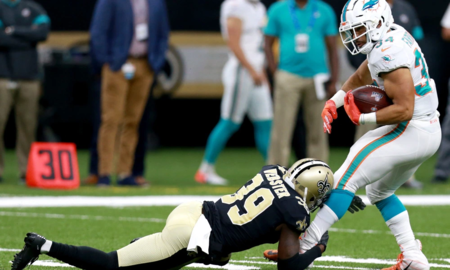 The New Orleans Saints secondary suffered a series of hits on Sunday against the Chicago Bears. Reserve safety and special teams ace J.T. Gray exited the game early with a lower-leg injury, and veteran backup cornerback Patrick Robinson followed him to the trainers’ table minutes later after hurting his hamstring. To top it off, starting cornerback Eli Apple didn’t finish the game after injuring his knee; the Saints reportedly believed it to be a minor hyperextension, but he’s undergoing further evaluations on Monday.

Additionally, starting nickel corner P.J. Williams is suspended another week for an offseason DUI charge, leaving them with just a handful of defensive backs on the roster, and just two experienced cornerbacks: Marshon Lattimore and Ken Crawley. That’s not ideal. So it’s clear that the Saints could use some help on the back end. ...