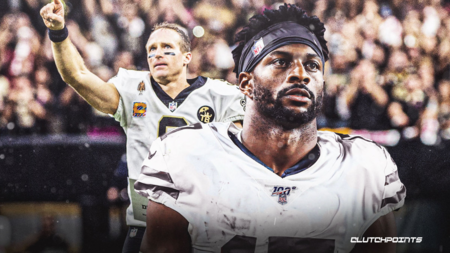 By by Skyler Carlin | Clutch Points

The New Orleans Saints were able to sign Emmanuel Sanders this offseason, giving them a No. 2 option alongside Michael Thomas. During a conversation with the media on Friday, Sanders opened up about his relationship with Drew Brees.


Last season, Sanders found himself being traded to the San Francisco 49ers ahead of the trade deadline. However, before he joined the 49ers, his name was connected to the Saints and the Green Bay Packers. And according to Katherine Terrell of The Athletic, Sanders was the one that wanted to sign with New Orleans this offseason. ...