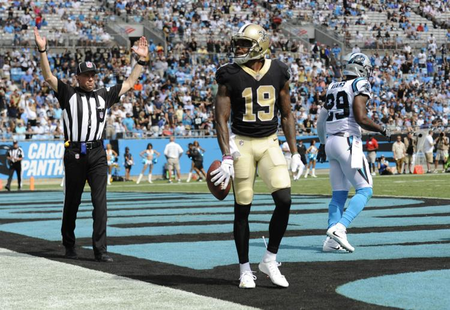 New Orleans should soon have some help at wide receiver.

Ted Ginn Jr. was in uniform and on the field during Wednesday's walkthrough, which indicates that he has been designated to return from injured reserve.

Ginn, who is working his way back from a knee injury says that he's in shape and that running is not an issue.

"I believe I'm up to speed," Ginn said. "As an organization you got to play a role. I just go out and do as they tell me to. Work me in however they have to. It's no biggie for me. Just try to be that team player and that leader and just give a little spark to my team."

Since Ginn has been injured reserve since Week 7, he would be eligible to return to action once he is deemed ready. The practice window for players returning from injured reserve is only a requirement for players sidelined fewer than eight weeks. ...