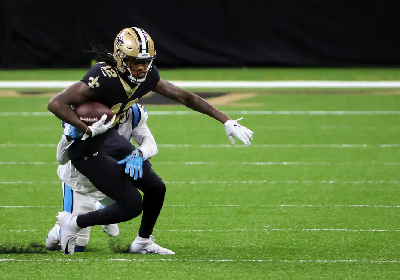 The New Orleans Saints (4-2), riding a three-game win streak, travel to Soldier Field to battle the Chicago Bears (5-2) on Sunday afternoon. These two teams met last season at Soldier Field but with two different starting QBs to take the field this weekend.

The Teddy Bridgewater led Saints defeated Mitchell Trubisky and the Bears 36-25 in Week 7 last season. With slightly different personnel and circumstances than a season ago, there are three X-factors for the Saints for their 2020 matchup with the Bears.

Callaway stepped up in a big way for the Saints in Week 7, hauling in 8 receptions for 75 yards while the team was without their top 2 WRs in Michael Thomas (hamstring) and Emmanuel Sanders (COVID-19 List). With both the fore-mentioned wideout's status in question for Week 8, the Saints could rely heavily on Callaway for the second consecutive week.

While Sean Payton is known for his success in finding diamonds in the rough, particularly in UDFAs, rarely does one shine as bright as Callaway did in his first two weeks as a prominent part of the game-plan. Over the past two games, the former Tennessee Volunteers WR has hauled in 12 receptions for 109 yards but has yet to find the end zone.