A health care compromise that would establish a national public option for insurance coverage that individual states could opt out of, is being "very seriously considered" by Senate Democrats, a key Democratic lawmakers said on Thursday.

Sen. Chuck Schumer (D-N.Y.) told MSNBC that he and his colleagues have discussed the "opt-out" public option compromise as a way to get a bill past a Republican filibuster. The proposal is designed to get the support of progressive members of the Democratic Caucus -- who are committed to a government-run insurance option -- and conservative Democrats who are worried about what a public plan would have on the private markets in their states.

"[The opt-out] is one of the things being very seriously considered," said Schumer. "I'm not going to -- we have a range of things we're considering. Senator Tom Carper (D-Del.) and I met for quite a while last night and made progress and talked to a large number of members last night, yesterday. And I am optimistic that there will be some kind of public option in the bill the president signs. I'm very optimistic."
Click to expand...

"It is being discussed," said one progressive strategist who has been working on reform with both the White House and Congress. "In the end obviously, the goal and near-term exercise is to get to the bargaining table and get to the conference committee between the Senate and House with the strongest position [on the public plan] possible."

How such a system would work is still being debated, according to those with knowledge of the proposal. But theoretically, the "opt-out" approach would start with everyone having access to a public plan. What kind of public plan isn't yet clear. States would then have the right to vote - either by referendum, legislature, or simply a gubernatorial decree - to make the option unavailable in their health care exchanges.
Click to expand...


And as Ezra Klein puts it:

It means, in other words, that the blue states get the public option at full strength and the red states get to ignore it entirely.
Click to expand...

It would do wonders to completely reframe the entire debate over the public option and healthcare in general by allowing, at long last, those states with Randian ideological pedigrees to truly "go Galt", in a head to head test of ideologies to see who comes out ahead and why. If we play our cards right, it might just be the ticket to Democratic victories in the South. And it might be, over the long run, the best avenue toward real, affordable universal coverage for everyone.
thereisnospoon's diary :: ::

Allowing GOP states to opt out of a public option creates all the following benefits:
It forces GOP legislators to put up or shut up, leaving them in a very uncomfortable position. As it stands, GOP legislators have gotten away with the worst sort of cowardice and hypocrisy on economic issues by voting against stimulus funds, loading them up with local district pork and then demanding the money that they themselves voted down. The nature of a stimulus package allows them to do that, even as their voters aren't paying enough attention to really notice.

But the pressure on GOP legislators from their base (to say nothing of the insurance industry) to refuse a public option will be immense. They won't be able to skate around it. GOP legislators will actually have to take a vote to watch healthcare costs go down for the rest of the country even as they skyrocket in their own states, or prove that their intransigence was all hot air all along. Rather than leave Democrats in a bind, opt-out legislation put Republicans in the hot seat.

It leaves the rest of us with a strong public option, even after it's watered down. As it stands now, we know the public option will be weakened somehow. The chances of a firm, robust national public option coming out of this legislative mess are slim to none. Of all the possible ways to weaken the bill, an opt-out clause is by far the best.

Why? Because the population and economic power of Democratic-controlled states simply dwarfs and overwhelms that of Republican-controlled states. State-based public options won't have the purchasing power to compete with national insurers. But a public option operating in California, Illinois, New York, Michigan, Florida and elsewhere? You bet it will. And once those savings become obvious, the pressure for redder states to fall into line and adopt it will be enormous, at a cost not only to insurance companies but to the very foundations of Republican ideology in red states as a whole.
It hampers the ability of Republicans to lie about healthcare issues. Suppose for a moment that I'm a Republican governor of a state that has no public option, and strong tort reform laws. And yet my state's healthcare costs are going up 20% every year. Now suppose a neighboring Democratic state with higher malpractice awards but healthy participation in a national public option has seen its medical costs decrease. That's pretty cut and dry, and a hard straitjacket to wiggle out of.

On the other hand, if we impose a public option universally, Republican legislators will be able to blame every one of their own healthcare problems on government interference--and they'll get away with it.

Businesses will have an incentive to move to blue states. The right-wing and its allies in the media constantly remind us of the business advantages for operating in "right-to-work" states and those with more corporate-friendly policies.

Well, with an opt-out system, businesses that can hire a talented, educated workforce without the necessity of paying health insurance costs will jump at the opportunity to do so, creating a self-reinforcing cycle of economic advantages for those that choose the public option over those that do not. The consequences of failure to adopt a public option will be visible almost immediately upon its availability in other states.


Rarely do the Left and the Right have a head-to-head opportunity to prove out, in real time, the relative superiority of their respective value systems and legislative choices, with real and immediate consequences not only for the partisan legislators involved, but for the legitimacy of a Party's entire ideological underpinnings.
Click to expand...

Edited out some of the more blatant and throw away partisan shots.

Offline
Hey something I can get behind.

Offline
We may just have something here.

Offline
Bad idea. Blue states will get this tax supported health insurance, while the red states taxes pay for it.
OP

BIG E said:
Bad idea. Blue states will get this tax supported health insurance, while the red states taxes pay for it.
Click to expand...

Offline
Thank you for the update, Bronco. I think it's a good plan, it may have some veiled political intentions with blue states and red states success probability via the Ezra Klein blurb.

And Frankly Bronco,I don't have any time for Kos Kids, DadsDream showed this board many times how shallow and petty many of there arguments were when filled with partisan hack-job shots, but the only thing that resonated with DOK's whole diatribe was the last paragraph.

I think we both can agree that reasoned political dialogue can get things done far more effectively then being a side-line cheer-leader. Thankfully we still have some people who believe in making "good sense" decisions in this country, guys like Russ Fiengold of Wisconsin for example and Richard Lugar of Indiana as another. A liberal with sanity and good sense is a more agreeable politician then one who may have good substance but relies on rhetorical insensitivity or mere nonsense. And IMO, makes much more sense and does his/her job effectively

Same thing can come from a center-right man like myself with more libertarian social views or from anyone else.

Offline
They are not going to start a public option plan with no tax dollars going into it. I don't understand why you won't admit that.

The plan in play now has a price tag of 800 billion dollars. I still haven't heard where the money is coming from.

And how dare you post anything from Fox news, as you pointed out many times before everything that comes out of Fox is not to be believed.

Offline
I believe it says that Medicare is an Opt-Out plan and 0 states choose to Opt-Out. 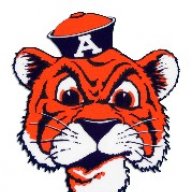 Offline
Luca Brasi could have opted out as well.

Offline
There is no win-win situation. It is all a lose-lose.

Offline
Opt-out seems like a great solution to me.

Beat me to that. Here's an updated look with the 08 votes and 05 data. 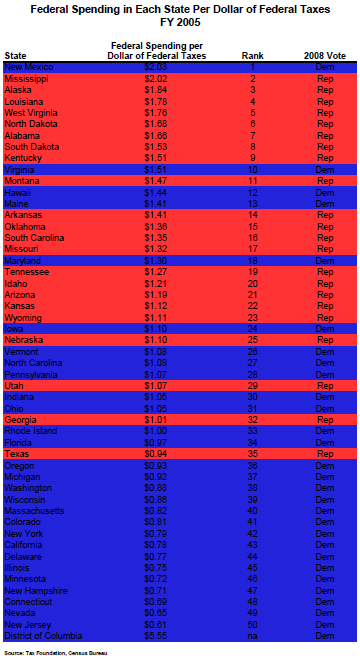 Even without a revenue neutral public option, our conservative welfare states have a long way to go before they start paying their fair share.

Offline
I'd consider the opt-out if and only if the decision to opt out was that of the individual and the individual was impacted but all the subsequent taxes/fees/penalties/charges/et all.

thats pipe dream, no way in hell this congress gives the individual the right to take a public option or not in a way like that.

I'd rather stay with the status quo.

Offline
I still don't understand a damn thing about all of this. It was supposed to be discussed openly on CSPAN. It was then supposed to be posted on the 'net to review. Neither of which has occurred. All I hear is how both sides are arguing about it all. Ridiculous.
OP

Jeff Miller said:
I'd consider the opt-out if and only if the decision to opt out was that of the individual and the individual was impacted but all the subsequent taxes/fees/penalties/charges/et all.

thats pipe dream, no way in hell this congress gives the individual the right to take a public option or not in a way like that.

I'd rather stay with the status quo.
Click to expand...

NCSaint said:
I still don't understand a damn thing about all of this. It was supposed to be discussed openly on CSPAN. It was then supposed to be posted on the 'net to review. Neither of which has occurred. All I hear is how both sides are arguing about it all. Ridiculous.
Click to expand...

It has been discussed extensively on CSPAN, I see at least some discussion on it nearly daily. and the House bill is still available online to read, we even had a thread about it.
Show hidden low quality content