Online
Sticky Post
It's about time that we had a thread devoted to cool science news. I'm always seeing interesting articles about various science related news and I know I'm not seeing half of what's out there. Let's kick it off with this tough bug: 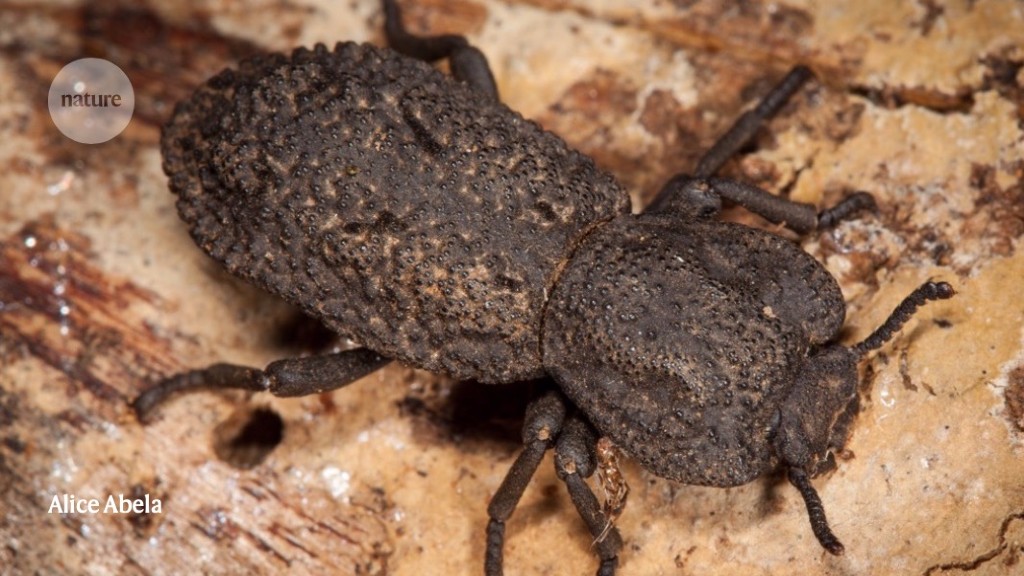 Offline
Some 100,000 years ago, an extended family of 36 Neanderthals walked along a beach, with the kids jumping and frolicking in the sand, scientists report after analyzing the beachgoers' fossilized footprints in what is now southern Spain.

"We have found some areas where several small footprints appeared grouped in a chaotic arrangement," said Eduardo Mayoral, a paleontologist at the University of Huelva and lead author of the study, which was published online March 11 in the journal Scientific Reports.

The footprints "could indicate an area of passage of very young individuals, as if they were playing or loitering on the shore of the nearby waterlogged area," Mayoral told Live Science in an email............... 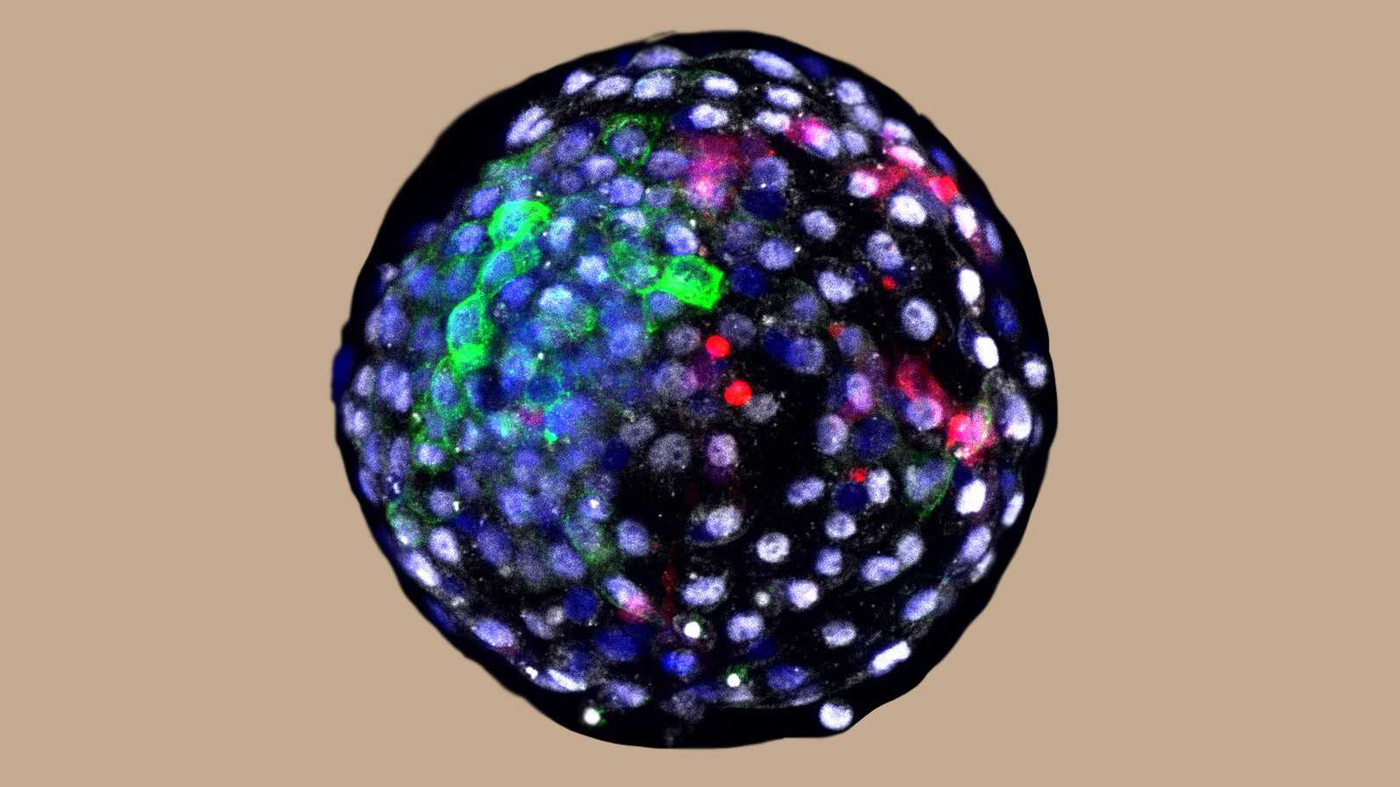 An international team has put human cells into monkey embryos in hopes of finding new ways to produce organs for transplantation. But some ethicists still worry about how such research could go wrong.

Next stop, Planet of the Apes?

Offline
One Tyrannosaurus rex seems scary enough. Now picture 2.5 billion of them. That’s how many of the fierce dinosaur king probably roamed Earth over the course of a couple million years, a new study finds.

Using calculations based on body size, sexual maturity and the creatures’ energy needs, a team at the University of California, Berkeley figured out just how many T. rexlived over 127,000 generations, according to a study in Thursday’s journal Science. It’s a first-of-its-kind number, but just an estimate with a margin of error that is the size of a T. rex......... 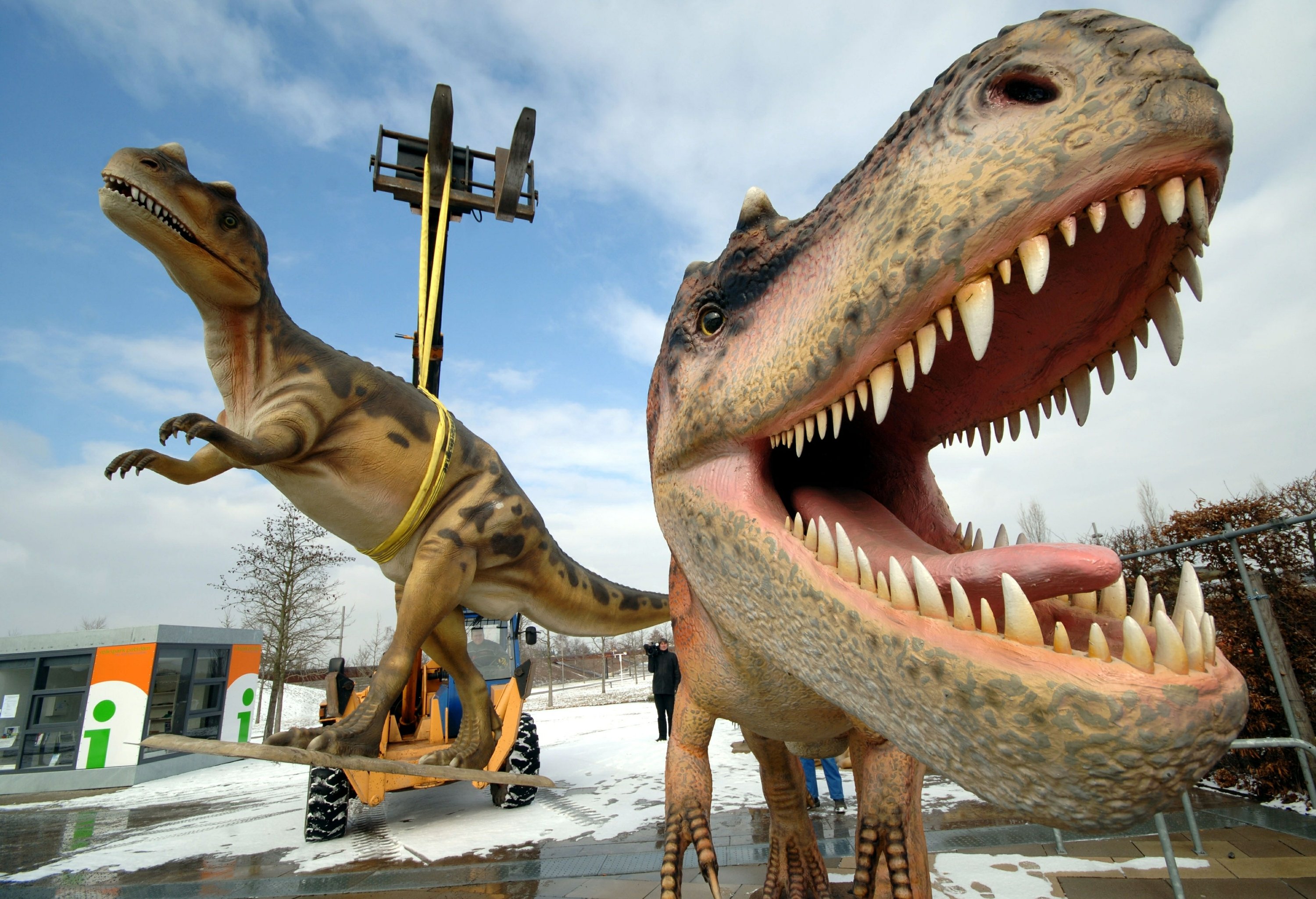 Study: 2.5 billion T. rex roamed Earth, but not all at once

One Tyrannosaurus rex seems scary enough. Now picture 2.5 billion of them. That’s how many of the fierce dinosaur king probably roamed Earth over the course of a couple million years, a new study...

Offline
SAN RAMON, Calif. (AP) — The Google Earth app is adding a new video feature that draws upon nearly four decades of satellite imagery to vividly illustrate how climate change has affected glaciers, beaches, forests and other places around the world.

The tool unveiled Thursday is rolling out in what is being billed as the biggest update to Google Earth in five years. Google says it undertook the complex project in partnership with several government agencies, including NASA in the U.S. and its European counterpart, in hopes that it will help a mass audience grasp the sometimes abstract concept of climate change in more tangible terms through its free Earth app.

“This is amazing,” she told The Associated Press after watching a preview of the new feature. “Trying to get people to understand the scope of the climate change and the land use problem is so difficult because of the long time and spatial scales. I would not be surprised if this one bit of software changes many people’s minds about the scale of the impact of humans on the environment.”........ 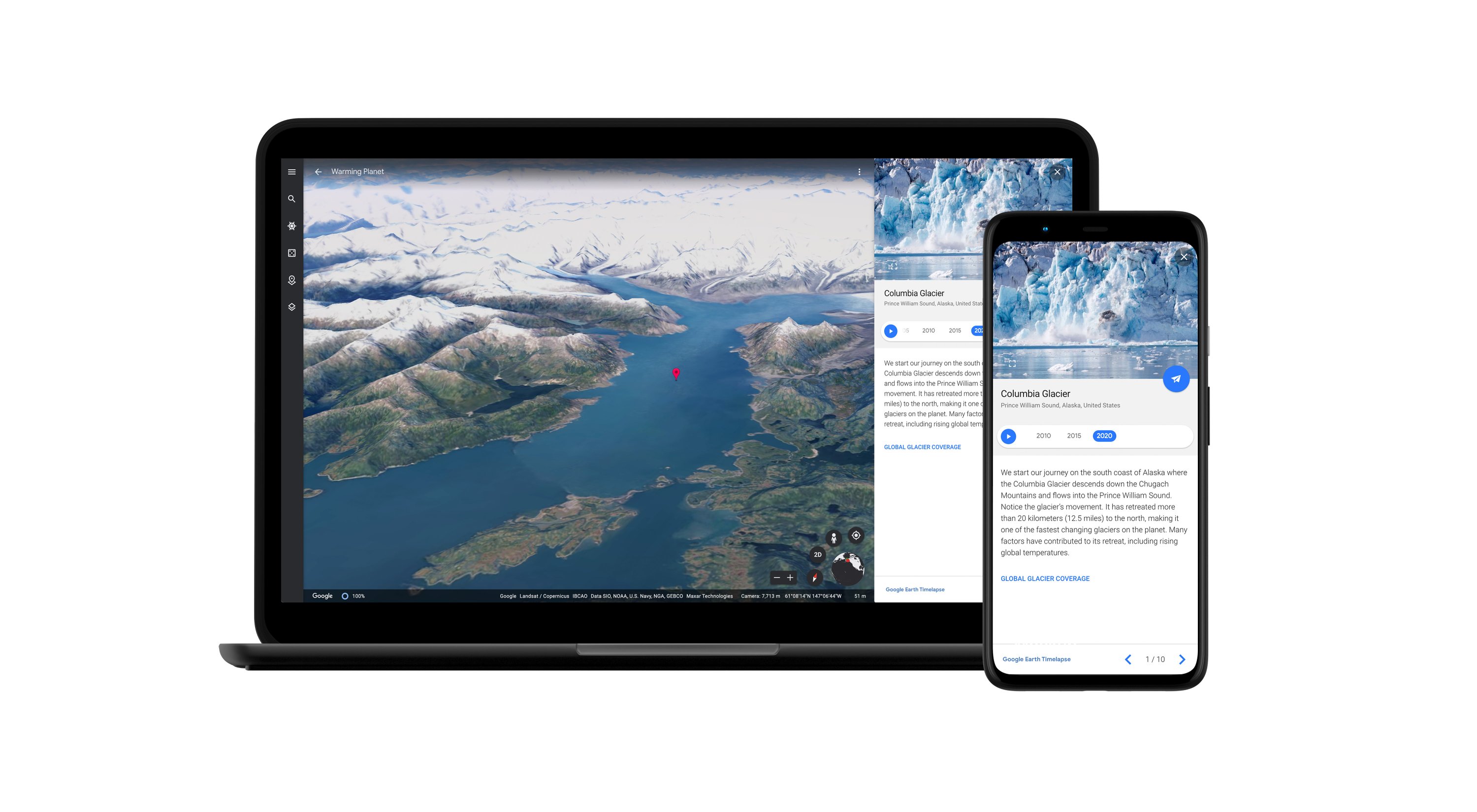 Fifteen years ago electric power generation was the largest source of U.S. greenhouse gas emissions. Now, the power sector is leading the shift to a clean energy economy. 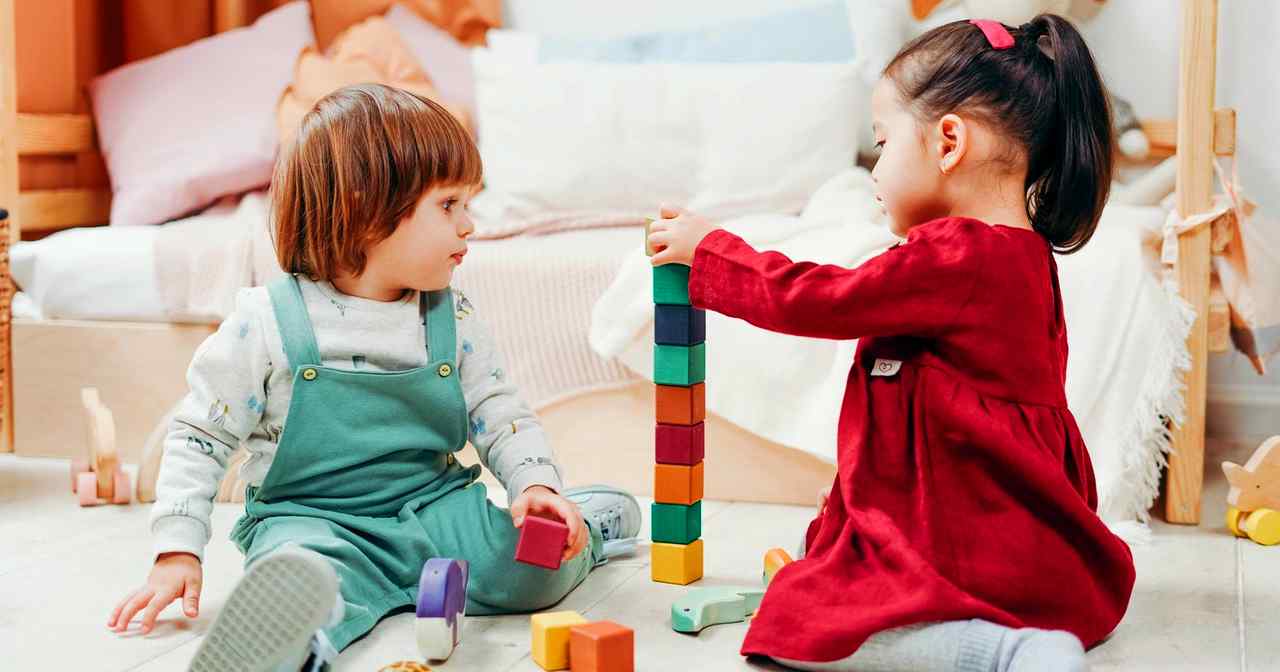 A new study finds children whose parents were exposed to radiation at Chernobyl had no more germline mutations than normal.

Scientists have discovered a bacterium that can transform waste from copper mining into a more useful form of pure copper, providing a potentially inexpensive and environmentally friendly way to synthesize the valuable metal and clean up polluted environments.

WASHINGTON, DC — There’s some stellar news about the full pink supermoon that will rise over DC and northern Virginia late Monday evening and remain in view through Wednesday, April 28.....

The April 26 full moon is the first of three consecutive supermoons. The full moons on May 26 and June 24 are also supermoons.

Supermoons are not really bigger and brighter, though. And no small amount of debate surrounds the question of whether supermoons are even a real thing.

The term was coined in pre-internet 1979 by astrologer Richard Nolle to describe new and full moons that occur when the orb is within 90 percent of perigee — in lay terms, at its closest approach to Earth in the elliptical orbit.

The closeness to Earth — keep in mind, our planet and moon are still 226,000 miles apart at this point — makes the moon appear about 30 percent brighter and 14 percent larger than when the moon is at its farthest point from our planet, called apogee.

The supermoon effect is an illusion, or trick of the eye. The moon can make for slightly stronger tides, and they’ll look super under the light of a silvery moon, but that happens with every full moon............


Full Pink Supermoon: When To See 1st Of 3 Over Northern VA, DC

What's The Real Human Equivalent of Your Dog's Age? Here's a New Formula

No one knows how it started, or where it came from, but the idea that you can convert your dog's age to human years by multiplying by seven? Total myth. But we like to contextualise our animal companions' ageing against our own lives; if nothing else

Offline
A bit heavy on the sensationalizing spin, but still interesting. Wish they didn't write it so alarmist. 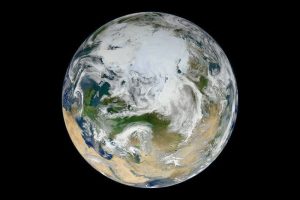 New research suggests that loss of water on land through ice melting and human-caused factors is changing the movement of Earth's North and South Poles.

On a similar note, Deer have been filmed eating meat. I won't post a video,but they are on youtube if you want to watch them. Evolution historically makes an animal eventually become omnivores
Show hidden low quality content