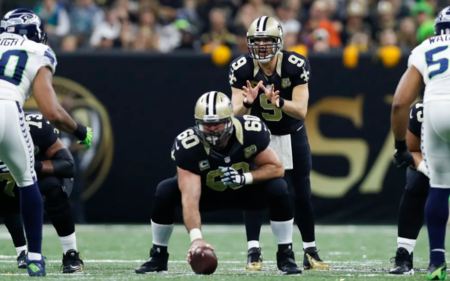 When the Seahawks host the Saints at CenturyLink Field Sunday, someone other than Drew Brees will be at quarterback for New Orleans, which will be an unusual sight, to say the least.

Since becoming the Saints’ starting quarterback in 2006, Brees has missed only three starts, and two of those were in Week 17 games after New Orleans had locked up playoff seeding. On Sunday, however, Brees will miss just his second game as the Saints’ quarterback due to injury, the result of a thumb injury sustained in last week’s game in Los Angeles that led to Brees having surgery on Wednesday.

Former Vikings starter Teddy Bridgewater took over for Brees last weekend after the injury and figures to be the starter, though for now Saints coach Sean Payton isn’t divulging whether Bridgewater or Taysom Hill will start, because, well, there’s not much upside to him divulging that information earlier than necessary. But regardless of who starts, it won’t be Brees, who has faced the Seahawks six times, playoffs included, since joining the Saints. ...