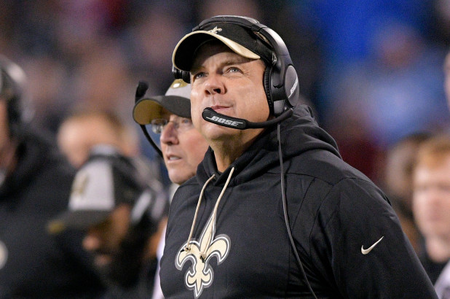 Sean Payton, at 55 years old, one Super Bowl victory on the résumé and, perhaps, a second merely a few weeks away, does not have a coaching tree. Yet his roots are sturdy and strong in New Orleans, where, on Sunday, his Saints face the Rams in an NFC Championship game in which the much younger, less-decorated head coach on the other sideline has already seen his coaching facsimiles sprinkle throughout the league.

What wunderkind Sean McVay, all of 32, will learn this weekend is it is not easy to tangle with Payton and leave the field as the game’s boldest and best decision-maker. Payton is not the new kid on the block, and he has endured his highs and lows in a colorful 13 years at the helm of a club that is more than the right arm and cunning of Drew Brees and the cacophony of noise and intimidation that is the Mercedes-Benz Superdome.

The Saints are also a product of Payton’s passion for taking a shot at the unexpected and the unconventional. Without an assist from their fearless head coach, the Saints might never have climbed out of an early 14-0 hole to turn a dreary start into a rousing 20-14 victory over the Eagles in an NFC divisional playoff game where the home team needed every edge Payton could muster.