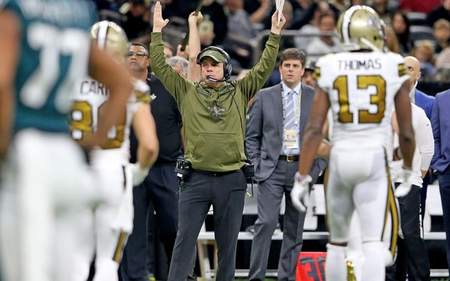 A 13-3 regular season that clinched home-field advantage in the NFC playoffs, a team that was one missed penalty call away from almost certainly playing for the second Super Bowl title in franchise history — in New Orleans Saints general manager Mickey Loomis' eyes, the resumé speaks for itself regarding coach Sean Payton’s performance in the 2018 season.

“He did a fantastic job this season,” Loomis said. “He’s a fantastic coach, and he has been for a long time.”

Payton is currently the second-longest tenured NFL head coach, behind New England’s Bill Belichick, who was hired in 2000.

New Orleans has been rewarded for its patience with Payton, sticking with him after his teams went 7-9 in three consecutive seasons. The Saints have won two consecutive division titles while going a combined 24-8 the last two seasons. ...