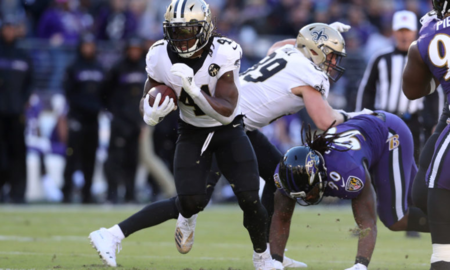 When the New Orleans Saints host the Atlanta Falcons this weekend they should be at full strength. Sean Payton revealed on Thursday that Alvin Kamara is on pace to return this Sunday.

Kamara suffered an ankle injury against the Jacksonville Jaguars a few weeks ago. The Saints decided to hold him until after the bye week, which resulted in him missing two games.

During Kamara’s absence, Latavius Murray stepped up in a major way. He averaged over 100 rushing yards per game and totaled four touchdowns as the starting running back.

Murray has earned a prominent role in New Orleans’ offense, but it sounds like he’ll have to share the workload with Kamara.