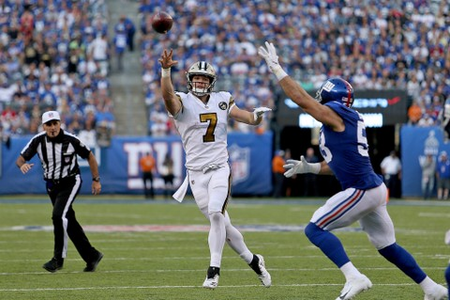 The New Orleans Saints expanded do-it-all backup quarterback Taysom Hill's role on offense each of the past two games, but with running back Mark Ingram returning from suspension this week, it's fair to wonder if Hill will continue to have such a significant role.

Hill, the third-string quarterback and special teams dynamo, was the second leading rusher behind Alvin Kamara for the Saints in wins over the Atlanta Falcons and New York Giants, but Ingram should theoretically take touches from Kamara, Hill and others.

However, when asked on Friday, coach Sean Payton said he "doesn't think" Ingram's return will impact Hill's role on offense.

"We try to, each week, look at different ways that he can help us," Payton said of Hill. "I don't see it being impacted there." ...