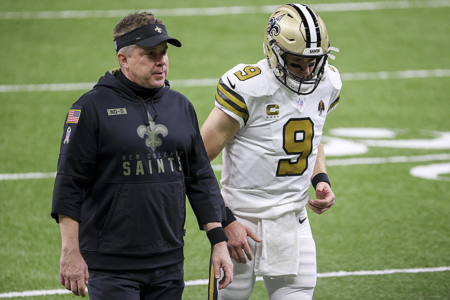 Coach Sean Payton of the New Orleans Saints had an end-of-season conference call with the media as the team closes the book on another season that concluded with a playoff loss. Coach Payton spoke on the future of the team, the quarterback position, and filling the coaching staff.

Right off the bat, Coach Payton acknowledged the unique circumstances that came along with this NFL season. COVID-19 protocols placed upon all teams in the league added a new challenge for everyone involved, and Payton was very happy with the way his team dealt with the adversity.

Coach Payton also looks forward to getting fans back in the Superdome, as being without the #WhoDatNation was a major blow to the team's home-game energy.

Payton also spoke to the recent circumstance with Coach Ryan Nielsen, as he had an opportunity to become the new LSU Tiger Defensive Coordinator. Instead, Nielsen will take the Assistant Head-Coaching role from Dan Cambell, who is the new head coach of the Detroit Lions.