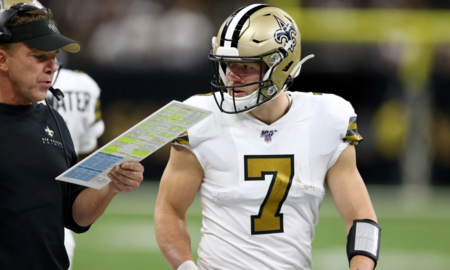 What’s to be done with Taysom Hill? The New Orleans Saints restricted free agent endeared himself to fans by making plays in just about any role asked of him, lining up all over the field. It’s enough for Saints coach Sean Payton to tell anyone who will listen that Hill is his quarterback of the future.

But actions speak louder than words — more than half of Hill’s 2019 snaps were taken on special teams, and he spent significantly more time at receiver or tight end than at quarterback. If Payton is telling the truth about envisioning the Hill’s future (which includes his 30th birthday later this year) at quarterback, he’s telling us something different in how Hill is actually playing.

And it’s worth noting that we’re about a month removed from Payton admitting that he lied about not being interested in free agent wide receiver Antonio Brown. The offseason is lying season in the NFL. ...