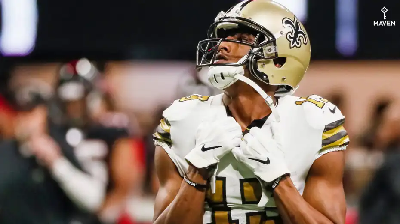 It's been a tough week for the New Orleans Saints wide receiving corps. On Wednesday, many were surprised when the team listed All-Pro wide receiver Michael Thomas with a hamstring injury. Thomas confirmed with his social media posting, saying it was a "setback."

On Friday, New Orleans was dealt another blow. Wideout Emmanuel Sanders became ill on Thursday, got tested, and was confirmed positive with COVID-19. Coach Payton confirmed the report on Sanders with media. He said tests were ordered for approximately 20 people who electronic tracers had them in contact or near Sanders. At this point, no other Saints player had a confirmed COVID-19 test stemming from contact with Sanders.

Finally, Sanders' close friend and teammate Bennie Fowler was placed on injured reserve by the Saints because of a shoulder injury.