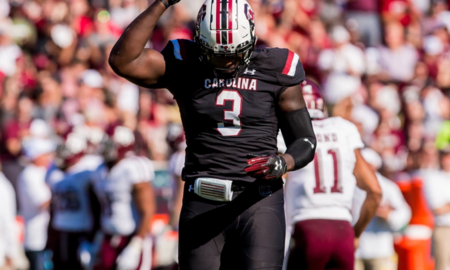 The New Orleans Saints ended up staying at No. 24 in the first round of this year’s raft, but things might have gone very differently. Reports were filtering out through the media all day that the Saints were weighing their options, preparing for a possible trade up. And now we know some prospects they might have targeted in such a trade.

Saints coach Sean Payton reflected on the scenario his team was faced with in a conference call after the first round wrapped up.

“Yeah, this draft unfolded exactly how we thought it would in front of us. Look, we paid attention to the defensive tackle from South Carolina. He fell a little bit and then was picked up by San Francisco. The corner Atlanta picked up, those were two players that began to fall below their grade,” Payton said. ...