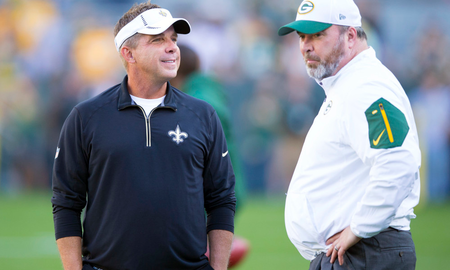 Green Bay Packers head coach Mike McCarthy was relieved of his position on Sunday after losing at home to the Arizona Cardinals, leaving New Orleans Saints head coach Sean Payton with the longest tenure in his conference. Payton and McCarthy were each hired for the 2006 season, and now the Saints head coach stands along at the top of the NFC.

Considering the broader scope of the NFL, Payton trails only Cincinnati Bengals head coach Marvin Lewis (hired in 2003) and New England Patriots head coach Bill Belichick (hired in 2000) for the longest stay in one spot. Lewis agreed to a contract extension in the offseason with Cincinnati that ends with a team option in 2019, so there’s a real chance that Payton outlasts him as well. NFL head coaches are the longest-tenured on average in pro sports per Business Insider, but they still typically last only about 4 years with one team.

Interestingly, Payton and McCarthy each interviewed for the Green Bay job back in 2006. Payton discussed his experience and what he’d thought was a terrific interview with the Packers in his 2010 book “Home Team: Coaching the Saints and New Orleans Back to Life“: ...