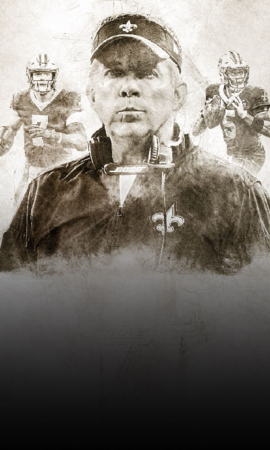 It is supposed to be a major problem in pro football when your quarterback goes down. It just is. There is a reason why the men under center get the big bucks, bigger with each passing year, to the point where “pretty good” can now get you close to $30 million a season.

By extension, the common logic holds ... the better the quarterback is, the greater the hole that needs to be filled, and the larger the corresponding headache when he is absent. Makes sense, right?

Absolutely, except for in the case of the New Orleans Saints, where a recent injury to Drew Brees hasn’t slowed down the team’s flow. At 8-2, the Saints have the best record in the NFC following their victory over the Atlanta Falcons on Sunday, and by the time they play next, it will be more than two months since they tasted defeat.

“It is the process we go through every week,” head coach Sean Payton said when asked what alterations had been required for the installation of Taysom Hill in place of Brees last weekend. “This happens a lot to other positions and I understand when it happens to the QB there is more attention drawn to it. But these guys handled it well, we’ve been playing well, and good to get another win.”