Sean Payton on Marcus Peters: ‘I have great respect for him, and it’s all good’ (1 Viewer) 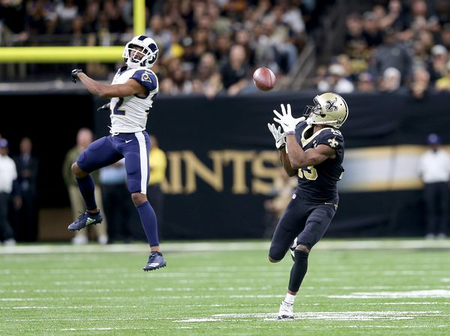 New Orleans Saints coach Sean Payton knew the question was coming, but perhaps not in the form it ultimately came.

During Payton’s news conference on Wednesday, a reporter asked about his gumbo preference, seafood or chicken and andouille.

“Next question,” Payton said. “I don’t like seafood. I know where you’re going.”

It’s gumbo week, according to Los Angeles Rams cornerback Marcus Peters. For anyone who forgot, Saints receiver Michael Thomas torched Peters in Week 9, and after the 45-35 Saints victory, Payton said he liked the matchup of Thomas against Peters “a lot.”

A few days later, Peters responded to Payton’s comments, both the ones Payton made after the game and the apparent trash talk he sent Peters’ way during the game. ...