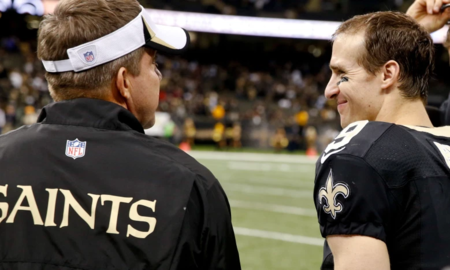 Former NFL wide receiver Brandon Marshall made an appearance on ESPN’s “First Take” morning show on Thursday, and he apparently brought an ax to grind. Marshall took aim at the New Orleans Saints in a lengthy rant, insisting that the team’s Super Bowl window slammed shut after the 2019 season.

Marshall followed that up by saying that the Saints aren’t built for success with players like Drew Brees, Michael Thomas, Alvin Kamara, and a defense loaded with Pro Bowlers. He also called out Saints coach Sean Payton, swearing that the NFL has figured out the league’s third-rated scoring offense.