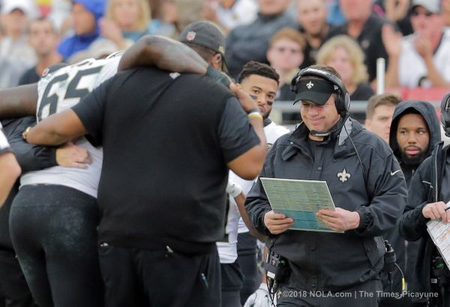 Sean Payton thinks NFL teams should have more players available on game days than the standard 46.

Just days after the New Orleans Saints completed a game where it had no other available backup offensive linemen because of injuries, the coach spoke about his desire for there to be more than 46 players on a game-day roster and more than 53 players on the active roster.

“The 46-man roster on game day is soon to be, I think, will soon be dated,” Payton said. “I think that’s got to change. If we’re interested in health and safety, and it sounds like we are, that’s something that we talk about a lot, that number should be higher. It will affect the overall roster size. It might cost a little bit more money, but that’s the price.”