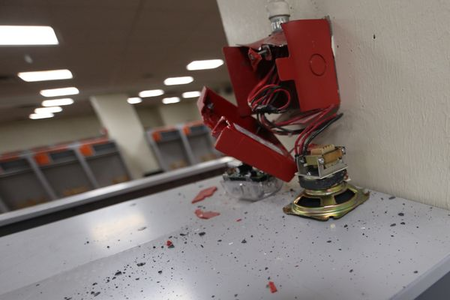 A couple hours before the game, fire alarms sounded throughout the stadium, and Payton had enough of the disturbance after about 10 minutes.

“I just needed the noise to stop,” Payton said. “Gladly, we’ll take care of the repair cost and I consider the Brown family and that organization as close allies and people we have a lot of respect for and the same way with (coach) Marvin (Lewis).”

The alarms were going off as the Saints were preparing to take the field for their initial pre-game warmups, and Payton wanted to help his team focus. The alarm Payton smashed was in the middle of the visiting locker room of the Cincinnati stadium. ...