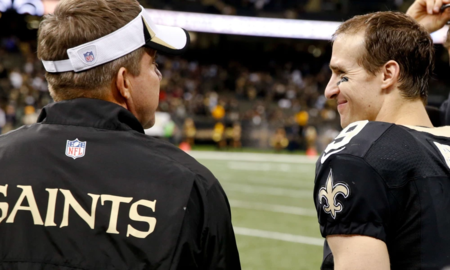 There’s an elephant in the room, and New Orleans Saints coach Sean Payton is aware of it. Payton held his end-of-year press conference on Tuesday, and took some time to acknowledge a complicated Saints quarterback situation.

Drew Brees and Teddy Bridgewater will be unrestricted free agents in March. Taysom Hill is going to be a restricted free agent. Payton admitted that, in a perfect world, all three quarterbacks would be retained in 2020. But that may not be a realistic situation, and he knows there’s a real chance one or two of his passers won’t return next season.

Brees is the biggest domino. The future Hall of Fame inductee played well after returning from an early-season hand injury, but his struggles in the playoffs loss to the Minnesota Vikings were disquieting. It’s anyone’s guess whether Brees will retire, but Payton passed on the opportunity to try and read his quarterback’s mind. All he can do is guess. ...