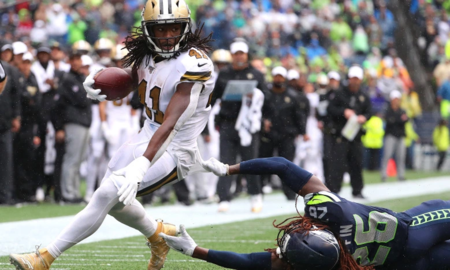 The New Orleans Saints are expecting running back Alvin Kamara to make his return from the trainer’s room during their Week 10 game against the Atlanta Falcons, but coach Sean Payton emphasized the importance of being patient with him. It wouldn’t be wise to rush Kamara back into a heavy workload after he sat out several weeks managing knee and ankle injuries.

On top of that, the Saints have discovered they have a capable No. 2 runner in the building. Latavius Murray performed very well in Kamara’s place for two weeks, averaging 31 combined carries and catches per game while racking up 307 yards from scrimmage. Now that Kamara is back on the field, it’s imperative that they find ways to get both players the touches he deserves. Payton made that exact point during his Thursday conference call with local media.