Offline
The Terminator series finishes up it's first season tonight, and I wanted to see how many people are going to watch it and how they feel about the show.

I personally, really like it. I especially like how they just ignore the T3 movie and pick up where T2 left off. I also like how they show more of the future world too. And i have to admit when I first heard Brian Austin-green was on the show I kind of laughed a bit. But after seeing his charecter i was impressed. He is pretty good!

Anyway, just wanted to see what you guys thought about it and what you guys also think about the new Terminator movie that is coming out with Christian Bale i think. It takes place in the future and sounds pretty cool. Thoughts?

Offline
I've lost interest in it but I'll still probably watch. It's been too monotone and slow moving for me. Like everyone is half asleep and can barely get their lines out.

Offline
I worry that the tv show is covering the same ground as the new Terminator movies. But yea I like the show, that female terminator is hot.

Offline
I'll be watching it. Its pretty good. Not great though. 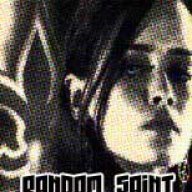 Offline
I like the show and watch regularly. Summer Glau is very good in her role, the new sarah took some time, John. dont care as much for the casting.

Offline
If sarah didn't tuck her shirts in I'm pretty sure she'd be showing butt cleavage. That's the lowest-cut britches in the history of low-cut britches.

Offline
overall i've enjoyed the show and think they have done a good job. The Sarah Conner character seems to get a little preachy at times, thats about the only negative i see. They try really hard to make Sarah the strong bad *** woman, but it fails, Summer Glaus' terminator is the real focus getter for the show.

Offline
I haven't watched the last two episodes, but they are Tivo'd....I've been catching up on the Wire the last three weeks and haven't been watching much else.

That said, I've enjoyed the show alot, of course it's cheesy in some places but you can tell Fox has really pulled out all the stops as far as effects and stunts go. It could have been very very bad but I think it's been pretty good!

Summer Glau is really smokin'......I wasn't sure about the show being built around a female terminator (no offense, ladies) but she has been really good in the role, especially those little moments of humor when she says something but really doesn't understand what she is saying.

I didn't know the season finale was coming so fast.....wow!

covingtondog said:
If sarah didn't tuck her shirts in I'm pretty sure she'd be showing butt cleavage. That's the lowest-cut britches in the history of low-cut britches.
Click to expand...

Offline
I've got about 5 or 6 episodes DVR'ed I need to watch.

egautr1 said:
I especially like how they just ignore the T3 movie and pick up where T2 left off.
Click to expand...

does the show just take place between T2 and T3 or are they saying that T3 will not happen and this is a completely different continuity?

Offline
I like it as well, and how can they incorporate the T3 movie when Sarah Connor is dead by the time of T3? Infact they do incorporate T3 into the show because the Terminator tells her she dies of cancer.

Optimus Prime said:
does the show just take place between T2 and T3 or are they saying that T3 will not happen and this is a completely different continuity?
Click to expand...

the show happens after T2 because they meet up with the Black dude's (created cyberdine) family to see if the mother can remember anyone else on the Skynet team. They basically kill the T3 story because the whole mission was to save Sarah, and warp ahead a few years around the time she dies because she was probably the most effective leader of the war against the Robots.

Also it appears to be their intent in the episodes are to change whatever happens to John when they send his father back in time but I may be mistaken. I guess we will find out tonight.
Last edited: Mar 3, 2008

Offline
Why is she wearing 2 pairs of pants?
Show hidden low quality content