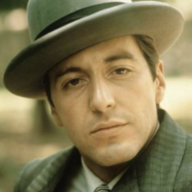 Offline
Sticky Post
By virtue of the tie breaker rules, the division leader of the NFC west is settled 1st. That would be Seattle, based on the Hawks win over the Niners. Then the next tie breaker would be between the Saints and Hawks. The Saints would have the advantage over the Hawks, based on their win against the Hawks. 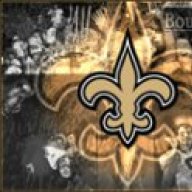 Offline
Vikes winning is best scenario for Saints looking at things right now. But, as has been said before, so much can and will change over the next few weeks.
OP
OP

So_$@int Silly said:
Wont mean much if the Saints dont beat the 49ers.
Click to expand...

Offline
I'm much more desirous to have the #1 Seed after Week 17.
If Seattle goes undefeated and we drop one game, that won't happen.

I would like to see both Minnesota & Seattle with a 9-3 record after tonight mainly because if we fall to the 49ers next week we still have the tiebreaker lead over Seattle. The Niners still have some tough games ahead of them.

The Bye Week teams will be either [Vikings/Packers], [49ers/Seahawks], or the Saints.

Offline
I hope Seattle loses just so I don’t have to listen to another week of russel Wilson mvp crap
It’s as if everyone has forgotten that we beat them... on the road... on a two game road stint.

Offline
No matter HOW or WHY or IFs ,ANDs or BUTs. The SAINTS can only get stronger by BEING The STRONGER TEAM and winning out! Then what we're sitting on is an emphatic #1 Seeding w/HFA throughout and that's the way the cookie should crumble! I can''t see one reason WHY Our SAINTS should or could lose again!! True it's going to be a salty yet spent '9'er's team who come draggling into Our DOME Sunday for a 10AM (to them since they WILL be going back to West Coast Time and their clocks will be mis-set, some will get up too early and others too late and they are so accustomed to being in the West and playing teams with solid foundations with tried and true and steadfast schedules such as Our SAINTS who will be in their house and calling all of the shots as usual. I'll take that #1Seed tonight and extend it on through the Week end as we demolish S.F.,, spand tall and CLAIM that #1 SEED as OUR OWN! Not only this tonight but through this weekend and on through until the first bye week so we may relax and get ready for any comers on the following week of the Division Championships ,, then move on to The Conference Championships where The SAINTS should RULE the group and draw first and last blood!! Superbowl and The Ravens? HERE we come! Take the photo because none of this is going to last too long until we WIN The Whole Thing!
OP
OP

superchuck500 said:
If you're gonna yell, at least get it right

You are so right! I fixed it! VIKINGS, not NINERS! Duh. LOL

Offline
Just as a side bar, ESPN has their yearly playoff simulator up, where anyone can go in and play with the results of all remaining games to see how things will shake out. It is fun to do. I do it every year around this time. It is really interesting.

ESPN's NFL Playoff Machine allows you to predict the 2019 NFL Playoff matchups by selecting the winners of games from the season's final weeks to generate the various matchup scenarios.

superchuck500 said:
Agree. Plus I think Seattle losing tonight would take a bit of edge off for the 49ers in their situation coming into our game.
Click to expand...

We do not play the Vikings and cannot have control on them, whereas we have a win over Seattle and can wind up in a tie with them and have the advantage. 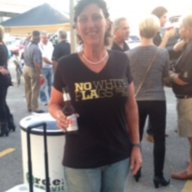 Offline
At the risk of creating more confusion and getting flamed, I am going to throw everyone a curve ball by asking a question: Are we sure that we want to be the number one seed instead of the number 2 seed? Hear me out.

If we agree on all those basic assumptions, there is a very good chance that the divisional round will have the number 1 seed will end up playing the winner of that NFC east division winner (Dallas) vs. the higher wildcard team (Seahawks or Niners), while the number 2 seed will play the winner of the #3 seed vs the lower ranked wildcard team (6 seed) which if the season ended today, would be Green Bay vs. Minnesota.

So assuming that the winner of the NFC west will be interchangeable between the Niners and Seahawks and that the winner of the NFC north will be interchangeable between the Packers and Vikings, I can make an argument for wanting the #2 seed, which would mean that we would play a home game vs. the winner of the Packers vs. Vikings. In the other bracket, the Seahawks would play the Niners and even if the Niners end up being the 1 seed, I could see the Seahawks beating them in SF, which would mean they come to the Dome in the NFC championship anyway. The very worse case scenario would be us having to go to San Fran for the NFC championship and I am not scared of their home field advantage and by that time, those 2 teams will be very beat up from playing each other 2 out of 3 weeks (they play each other in Seattle week 17 likely for the division winner).

Flame away, unless your head already exploded. 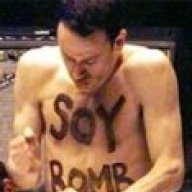 WhomDat11 said:
Think of it this way,
one way to look at pulling for Seattle today- you want the Vikings to get taken down a notch, and then for them to beat the Packers in a few weeks. Worst case scenario you dont want to lose the Niners game AND lose a first round bye. A 2 seed wouldn't be the end of the world
Click to expand...

The bye is the goal.

That wildcard game is usually brutal.
An 8-8 or 9-7 team plays with nothing to lose.
To not have to deal with that stress is major.

sammymvpknight said:
There’s about a third of the season left...way to early to think about seeding. I’d be really surprised if ANY of the remaining NFC teams go undefeated the rest of the way.
Click to expand...

More like a fourth, and its not too early, this is the home stretch.

Super44 said:
I actually think Seattle beats the whiners in their next meeting and wins the division with the whiners being a 12-4 wild card team. LOL
Click to expand...

And that would be poetic justice for the late 80s and early 90s. Music to my ears.

Offline
Teams strive to get one of the top two seeds mainly because of having the extra week available to heal up and prepare for the big 'win-or-go-home' games ahead. It's a bit to early to worry about which team we may have to play, because at this stage of the season (since earning a playoff berth) we are working hard to get as many playoff games at home as possible.

Our magic number is 4 for now. And if we do all we can to win the first three, a lot of our players will likely be able to sit out the last week in Charlotte. These are truly THE big games coming up! They don't call it the home stretch for nothing!

26ISTHEMAN said:
. I don't see any scenarios where Seattle winning helps the Saints.
Click to expand... 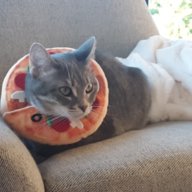 Offline
I'm not sure if I'm mentioned this on here before, but I'm not.... smart.

I'm what is commonly referred to as "basic" or "slower".

In short - Who should I root for tonight? Like, I know there are multiple considerations or whatever, but what's more advantageous to the Saints?
Show hidden low quality content