Offline
This game still holds interest for SEC West fans like myself. Its been a disappointing season for both teams.

Auburn has a surprisingly impressive start winning their first five games. My thoughts heading into the season were that Auburn's talent base started to erode when Alabama emerged from the shadow of their NCAA penalties which ravaged their program. Alabama started winning recruiting battles with Auburn even before Saban arrived.

Chizik seemed like a crazy hire to many Auburn fans and to me. He lacks any real pedigree in a conference with exceptional coaches. I think Tommy Tuberville is a better coach than Chizik. Time will tell. Three back to back to back losses have Auburn where I figured they would be in the West.

Ole Miss is coming off their most impressive win solidly beating a decent Arkansas team. Snead looked great in that game, in the other games not so much.

I picked Ole Miss to finish third in the West behind number one Alabama and number two LSU. If they beat LSU in Oxford, they might well finish second. It still has to be a disappointing season for Ole Miss fans. Their schedule set up nicely for them to win the West if they beat Bama, a game they played their worst football of the season.

The good news for Ole Miss fans is Nutt has their program at a point where many of their fans will be disappointed with a 10-2 season. Sounds like LSU fans to me.

The bad news is that while Ole Miss has a great chance to win the rest of their games, none of the SEC games are gimmes. LSU and Tennessee promise to be tough games. Even Mississippi State is showing they are no pushover.

This is also a game with some recruiting implications. Ole Miss and Auburn compete for a lot of the same kids. Auburn is in on a lot of top recruits, but may not get them if their losing streak continues.

I think Ole Miss wins this game. I think they have a better team and I think Auburn is starting to unravel a bit. Based on last weeks games this looks like two teams headed in different directions. You never know, Auburn did have a strong start to their season. Its a game I look forward to watching.
Last edited: Oct 30, 2009

Offline
Is there any way a black hole can open up and swallow the stadium that day?

Offline
That was some pretty thoughtful commentary. I agree that this game will go a long way towards determining how successful these two teams seasons will be viewed.
OP

Offline
Spam, no take on the Auburn/Ole Miss game? What's up with dat?

I thought the rebels had their best game of the season against Arkansas. They could be peaking late like last year, but do not seem to be quite as strong. They thoroughly whipped LSU last year. Even if LSU does upset Bama their game in Oxford worries me.

Auburn is soon to pick up some good news. I think they get Dyer which is expected. What surprises me is that Trovon Reed now sounds like an Auburn lock. LSU has a lot of young receivers and I guess he figures Auburn will feature him.

Offline
Ole Miss appears to be solid defensively. I mean I don't get to watch 'em that much but I would say their defense is as good if not better than at this time last year.
Its their offense that seems to have taken a nose dive. I remember watching a few early season games last year and being very impressed with Snead. What happened to him?

Ole Miss is the better team in this one. But I can't help but think Auburn sort of matches up well against the Rebels. Whoever loses this one is going to end up with a disappointing season.

Offline
Jimmy, I think we overachieved big time in starting out 5-0, but I'd rather us get to a certain point coming out of the gate then us being 3-4 or 2-6 right now. If we can win 8, maybe 9 games in our bowl game, that'd be a good first year for Chizik to go on.

Todd is maybe a barely average game-manager, he transferred here from Texas Tech two years ago, probably thinking the Spread would work just as good vs. SEC defenses as it did in the Big XII, and Jim we both know, that's a premature thing to go on. Todd really has been playing catch up with the pace of SEC football, which can make a lot of players fall behind very quickly if they aren't on top of things from the beginning.

Ole Miss has a good team that got pushed a little higher then they should've been. Snead's a solid QB, and he has a great defense that helped him out of a few jams so far this year, but Nutt can be out coached if Chizik has been taking notes and makes a good game-plan. I say we win a close one, maybe 27-24, but I wouldn't be surprised if the final score is 20-17, or 23-17 perhaps.

Offline
This game will be a true test for the Aub offense.. Im wondering if they can get the run game going against that D.. As for Chris Todd, i just dont know what to think.. He started the season looking like a totally different player than last year, but here lately hes looked just like he did last year. 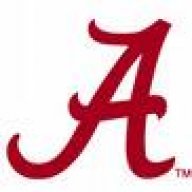 Offline
The Boogs lose by at least 2 TD's

Offline
Auburns defense isnt good.. Snead got lucky to not have been picked off last drive.. Thorpe and Bynes both had easy picks and dropped em.

Offline
Well even though Chris Todd made some nearly catastrophic decisions, it appears as if Auburn is going to pull off the upset vs. Ole Miss. We had a huge 3rd quarter with Mcfadden returning the INT for the TD, and also getting some close plays to go in our favor also. I still think Todd is one reason while we'll end up winning 8, maybe 9 games instead of breaking the 10 wins mark. If he plays better or we have a more capable QB in the Kentucky and maybe the Arkansas games, we're 7-2 or maybe 8-1 right now and ranked at least in the top 25. He looks like he's either shell-shocked or he gets happy feet going back in the pocket, Ben Tate, Mario Fannin, and our defense are the unsung heroes of this year's Auburn team. We've won at least 3-4 games this year because of them going a bit above and beyond the team's overall strengths.

Ole Miss just put themselves into a huge hole and couldn't find a way to claw out of it.
OP

Offline
Turned out to be an entertaing game. Auburn has some good young players and I think in a year or two we will know more about Chizik.

Ole Miss looks to have a very fine front seven on defense. Their secondary looks weak and lacks playmakers.

On offense I am really shocked how inconsistent Snead is this year. Part of it is his line is not as good. Part of it is Ole Miss does not seem to have a stable of good receivers aside from Hodge. A lot of it looks like Snead is just not the same player. His throws are not as accurate.

McCluster might not be as fast as Trindon Holliday but he is fast and a much better football player than Holliday. He is like a mini Percy Harvin. He just doesnt seem to have a lot of support this year.

It still goes back to Snead. Quarterbacks usually get better over time. He does not look nearly as good this year. Now watch him light up LSU like last year. He will likely have to play better than he did today.
Last edited: Oct 31, 2009
Show hidden low quality content