Setting up a network. (1 Viewer)

Offline
My wife has 5 computers in her company.

I doubt the starter edition has networking capabilities, but I don't know. What's the best route to go for communication between these computers? My best idea was to have them all connect to the internet through a wireless router and do all their communicating through the internet.

Offline
What kind of communication do you need? They should all be able to network through a workgroup (except maybe the one running Windows ME, which will be a nightmare). I don't know what Vista Starter edition is, unless it's the basic Home, which should still be able to be networked.
OP

Offline
starter edition may be a smaller version sold in foreign countries...
I think it is limited... I wish my wife had asked me to buy the computer for her. 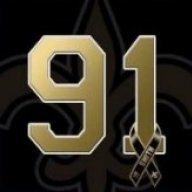 Offline
Not too difficult a setup.
The 2k,Xp, and vista will be easy. You might have some trouble with the Me PC.
1. Change all computers to the same workgroup (name, your choice, but "workgroup" is fine).
2. Enable File and Printer Sharing for All 4 PC's.
3. For Wireless all 4 PC's will need PCI wireless card installed (about $60 a piece).
4. Setup Router to us Auto DHCP (this will provide an IP address to all pc's)
5. Reboot All pc's.
If you need more detailed instructions let me know.

Offline
Workgroup should do just fine... let the router do the DHCP duties. I would also firewall the ME, and 2000 machines, as well as update the crap out of them. The ME machine should do just fine, if there are no prior major problems. Vista starter edition would have networking abilities on at least a basic level. MS wants you on there, trust me, for a ton of reasons.

Jtek74 said:
Not too difficult a setup.

3. For Wireless all 4 PC's will need PCI wireless card installed (about $60 a piece).

If you need more detailed instructions let me know.
Click to expand...

Wouldn't one of those usb wireless thingies for $30 each work just as well?

SaintsBrazil said:
Wouldn't one of those usb wireless thingies for $30 each work just as well?
Click to expand...

yep, but for ME, you might end up with no drivers for it.

Fwiw, the ME, i'd format that joker and run a windows 98 second edition or go on and put win2k on it would be better.

one thing important, are they all sharing same location? or are they accross locations and you were going to connect them that way?
I'd never do file and printer sharing for peer machines, you're begging to be hacked if trying to do that. Especially on the machines prior to using NT technology such as the winME and win98.
share the printer on the xp or vista machine if you have one to share. Or network share it on its' own printserver more recommended. some routers have a network port on them.. this would resolve this.
whatever you do, make sure the router has spi firewall, and put personal firewall on each machine.
You can get a networked drive as well for the shared files, but i'd prefer a small server for the task of messaging and file sharing. you can get them rather economically refurbed/used.
go to http://www.ubid.com/ look under computers, servers..
or you can get some decent by going to IBM Products - United States bottom right look for IBM certified Used Equipment. servers..
dell also has used one's avail.
OP

Offline
I think I am going to reformat the ME and put 98 on there and make it into a file/print server.... I saw something on life hacker about that.

All the computers are in the same office, which is a house. Two computers in one room, two in another and the Vista starter in another.

Oh, I am in Brazil and even used cpu stuff is expensive as heck.

Offline
the file/print server can be handled by same wireless router that you run network.. unless you've already got a router sans printer port.
guessing you already have printer planning on using. some have network ports, built in, but they cost a bit more than just usb or parrallel.

I'd put linux on it, and run it as a printserver before i'd run a win98 as one. of course, it's easier for most to do 98

Offline
JMO here, but I wouldnt bother installing a firewall on the XP or Vista machines, its sorta overkill, especially if your behind a decent router. Peronally, id also rather have a printer that is able to have its own IP, rather then set up a pc as a print server. If thats not possible, I would just share it off the XP or Vista machine, unless you do a huge amount of printing.

I guess its just me, but I think id rather have ME, unless its one of those manufacturer butchered copies, then I would 98. That, or just install a copy of XP instead, thats is a much better solution than the 9x kermal

SaintsBrazil said:
My wife has 5 computers in her company.

I doubt the starter edition has networking capabilities, but I don't know. What's the best route to go for communication between these computers? My best idea was to have them all connect to the internet through a wireless router and do all their communicating through the internet.

You need to connection on a LAN and grant them access to the internet via a firewalled gateway. If they are not in same builidng, and don't want to pay for dedicated network connection with the phone company, a VPN would do, tough performance will be irregular.

I would NOT open them all up to the internet and network them thru the internet, you just asking for problem there.

Offline
2nd what jeff just said... the ME doesn't perform nearly as well as 98 se. it doesn' handle resources nearly as well, personally, id' put something with an nt kernel on it, rather than the 9x crap.. but... why suggested win2k on that one, or nt 4.0 if can find it even.
and was suggesting the printserver in the router... not using resources from the pc, or adding a vulnerability point.
OP

Offline
Hmm, I've got some stuff to think about now. I am not going to do this project until May, so I have some time to plan it out.

Offline
another thought, is what kind of apps they are using... if strictly office with word and excell being the top offenders. . you might really want to consider linux.. with openoffice.org and mysql for database duties..
openoffice can be a front end to mysql, similar to an access front end.
Now, if you're using more windows only apps, then windows would be the one to go with.
it;s just an option, since you're trying to cheap it out.
OP

Offline
We use open office on all the computers. We use Thunderbird for email, and ProgeCAD for the drafting. Most all software is either freeware or the cheapest opensource alternative available. (except windows, which came with the computer purchases and have the little seals of authinticity on the computers.


I was going to start creating a customer database before I went deaf. Since then my wife moved her office to a new place and we're still getting things set up. I still haven't got a program for ourcustomer relations needs.
Show hidden low quality content