Seven questions for NFL Week 8: Will Saints get back at Vikings for 'Minnesota Miracle'? (1 Viewer) 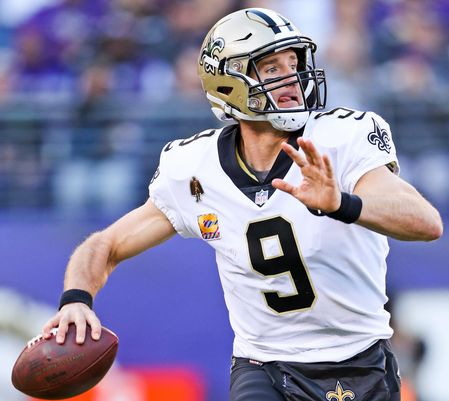 The NFL season is approaching its midway point and playoff races are tightening all over the league. Some contenders are separating themselves, while others are slipping down the standings. The trade deadline looms next Tuesday, and some teams may be looking to add pieces or build for the future.

Here are seven questions for Week 8.

1. Blake Bortles will start for the Jaguars. Will he finish the game? The Jacksonville quarterback was benched in last week’s 20-7 loss against the Texans, and backup Cody Kessler came in to mixed (but better) results. Sunday against the Eagles in London’s Wembley Stadium, Bortles will get the chance to revive his career, with head coach Doug Marrone announcing the fifth-year veteran will start.

Philadelphia ranks sixth in scoring defense (19.7 points a game) but is tied for 24th with only six forced turnovers. If Bortles is to finish the game, he'll have to do a better job protecting the ball. He has committed eight turnovers in the last three weeks — all losses. “It's the No. 1 priority,” Marrone said of ball security. “We are not even giving ourselves a chance right now.”

2. Will the Saints get revenge for the Minnesota Miracle? Both sides have downplayed the revenge factor over last season’s Vikings walk-off win in the divisional round against New Orleans. The reality is these two teams are different from last year’s versions, most notably with quarterback Case Keenum now with the Broncos and Kirk Cousins taking over in Minnesota. ...