Wasn't that dude with G3?

Wasn't that dude with G3?

Offline
Besides a good guitar player, he is a very talented tight end who just can't stay in the field.

BTW, besides playing the running game it will be mandatory to have a spy all the game on Vernon Davis. The guy is as good as advertised.

Offline
Not to cheer an injury, but EJ was a valuable part of their offense when on the field. He made a few key catches against StL last week.

I watched that replay game last night- man, Frank Gore is a beast.

Here's the link about Eric not playing Sunday:

** Vernon Davis isn't a great concern either - Since coming back from his injury 2 games ago, he's had 1 catch for 11 yds. Looks like the Niners have serious TE worries coming into this game - Advantage? Saints.

Offline
How will this affect the niner's running game? Was he a respected blocking tight end?

Offline
Vernon Davis didnt get on the field because Eric Johnson took his spot after his ankle injury.. He's fine now..

Offline
He was carted off. It's like he fell off the Cliffs of Dover.

if he's healthy - he's a concern. i know the term is an overused cliche.... but he really is a "beast"

if he's healthy - he's a concern. i know the term is an overused cliche.... but he really is a "beast"
Click to expand...

In SF's first 11 games, he's only played in 5, and started in 3. Of course, he's also been injured a part of that time, but when he's played, he's been anything but a beast.

In 5 games, he has a whopping 8 receptions for 48 yds. Take away 1 of those eight which went for 31 yds, and you get a much clearer picture of exactly how much he's contributed to SF's offense this year... Not very much.

I'm not discounting his raw athletic talent, but right now (based on what he's done in his 1st NFL season), I'm much happier to see him this week than I would be to see a Whitten, Shockey, Gates, or Gonzalez.

champ76 said:
How will this affect the niner's running game? Was he a respected blocking tight end?
Click to expand...

Eric is more noted as a receiver than a blocker, even though he is a decent blocker. That's also one of the reasons SF used their 1st round pick this year on V. Davis. Davis is supposed to be able to do it all (Receive and block), much like Tony Gonzalez.

He's (Eric) has 32 receptions this year, and actually led the Niners in receptions in 2004. 05' was also a good year for him. The Niners were hoping to use more 2 tight end receiving sets with Eric and Vernon this week, so that's the big loss for them.

champ76 said:
How will this affect the niner's running game? Was he a respected blocking tight end?
Click to expand...

Good question. And how good is Davis at blocking (not good I assume). I think we will probably blitz more than I first anticipated! 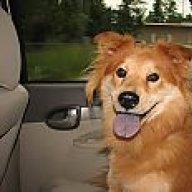 Brennan77 said:
He was carted off. It's like he fell off the Cliffs of Dover.
Click to expand...