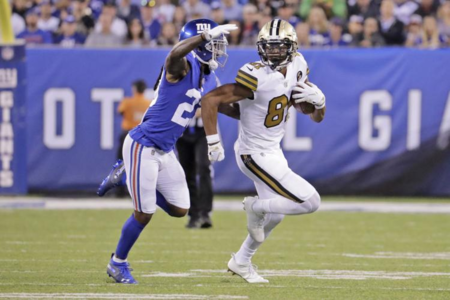 The Saints tried to add more weapons to the offense.

It was one of the biggest priorities last offseason, but Cameron Meredith battled a knee injury that eventually cut his season short, and Tre’Quan Smith flashed talent but was inconsistent. It is possible the Saints already have the players in the fold for a vastly improved group of wide receivers next season if everything goes right, but it should not be taken for granted, which is why adding more targets is the Saints' biggest responsibility this offseason.

Perhaps the greatest achievement of the season was hiding this flaw for so long. Everyone knew the offense was devoid of weapons, and then the team added Dez Bryant and then Brandon Marshall. It made sense. The target distribution showed a huge flaw within the offense, but it was hard to get too worked up about anything when the team made scoring 40 points look easy....