OK, OK... before you rant and flame-spray, consider this:

I'm not feeling that comfortable that Shockey might be in a Black & Gold uniform. If it happens, of course I hope for the best. But in some strange way, I think it would mess up the team's chemistry.

Think about it: Remember "Hollywood Horn's" running-off-at-the-mouth at the end of the '06 season? Was it:

Well, if you thought that Hollywood's mouth was a negative (remember... as the Saints were preparing for the postseason)... you're in for even more with Jeremy Shockey (and probably on a regular basis).

To me, Shockey is Horn as a loose cannon X-10. The only Horn controversy on national TV was his cell phone prank with Beerman as sidekick (and that really wasn't much of a big deal, IMHO).

But how many instances over the last couple of seasons did you see or hear about:

Shockey in the locker room mouthing-off
Shockey on the sidelines jawing it out with the head coach (...uhh, won't last long with SP)
Shockey whining to the QB when he returns to the huddle

Don't get me wrong ...the dude is a stud (and has the stats to go with the hype). But all in all, I see the scales tipping toward a negative should we get him here.

If it happens, may I eat a big plate of crow if I'm wrong; won't be the first time. 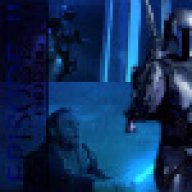 Offline
ah he's a winner. I like winners. I'd take him in a heartbeat.

Offline
Shockey wants to be a Saint - SaintsReport Community Forums

i woulda recommended posting this in the Active 6 page Shockey thread, but hey to each his own...

Offline
Shockey's a tool, a major tool coming off a major injury. However, we don't have the dissent that the Giants had between players and coaches and our QB is a far better leader than Eli Manning. I don't think Shockey in N.O. would be the problem he was in N.Y.

Offline
Most of Shockey's problems all involved Eli from what I can tell. He just doesn't like the guy nor respect him.

Offline
Is he, possibly overrated, and pricey? Just asking.

No, I'm not feeling it, either.

Offline
The title is slightly mis-leading I thought that was a quote from Shockey... and yes this could've been in the other post but ya what the hell

ndcc said:
The only Horn controversy on national TV was his cell phone prank with Beerman as sidekick (and that really wasn't much of a big deal, IMHO).

But how many instances over the last couple of seasons did you see or hear about:
Click to expand...

I think you have to take into account that Shockey was playing for the New York Football Giants. Every move he makes gets recorded by the media. Down here the media isn't nearly as harsh. I'm sure if the Saints got the same kind of attention as big market New York/Boston teams do, you would hear more about locker room disturbances and disputes.

ndcc said:
Shockey is Horn as a loose cannon X-10.
Click to expand... 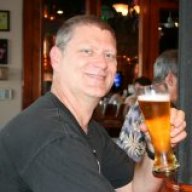 i woulda recommended posting this in the Active 6 page Shockey thread, but hey to each his own...
Click to expand...


Are you the thread police???
OP

skymike said:
Is he, possibly overrated, and pricey? Just asking.

No, I'm not feeling it, either.
Click to expand...

I think folks are not considering the ramifications of the issue. Take Ocho Cinco, for instance.

a. great talent
b. game breaker
c. loves attention
d. outspoken
e. doesn't bite his tongue on camera
f. chews out the QB openly on the field when he's p-o'd
g. will diss the coach, if you push the right button :en-colere:

Who (in Cincy) in their right mind would want #85 after all this?

Fast-forward to the 2008/09 season. If Shockey (somehow) becomes a NOS, has he exhibited qualities that have:

a. established him as a leader
b. made others rally around him
c. proven that he's unselfish ...come game time?

Just looking at the big picture, y'all.

Again, I will admit error and eat crow should the above play out in the Saints' favor.


anyways, coach Payton, used to be HIS coach.. do you recall anything out of line during that time? All i recall during that time, was him being an outstanding TE, and a differance maker on the feild. Don't think he'd be a prob here.. and considering Payton was apparently wanting him,.. i don't think he feels there would be a problem either... 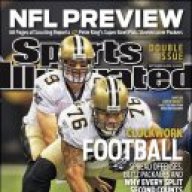 Offline
i have mixed feeling too but Drew will not put up with him like Eli. I see Drew grabbing his face mask and sending him off the feild.
Show hidden low quality content