Should we be concerned about Drew Brees and the Saints? (1 Viewer) 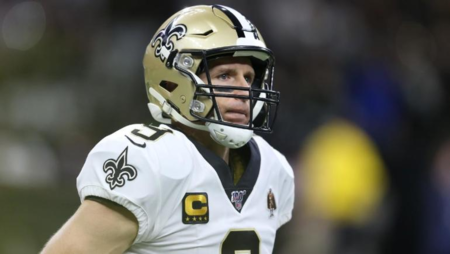 Happy Tuesday, my friend... thanks for coming back to spend another morning with yours truly. I'm dressed in my Tuesday morning best (some salsa-stained sweatpants and an old t-shirt that smells like deli meat) in order to bring you the sports stuff you may have missed and some other sports stuff you didn't even know you needed this AM. You can always count on me.

What you need to know
1. Raiders rally to beat Saints

The Oakland Las Vegas Raiders (sorry, gonna take a while to get used to that) were the story of Monday Night Football last night. Not only did they play their first game in their brand-new $2 billion Roomba-looking stadium in Vegas, but they picked up a comeback win against the favored Saints in the process. The Raiders took down Drew Brees & Co. with a 34-24 victory to move to 2-0 to start the season... just like we all expected.

How did that happen, you ask? Well, our Cody Benjamin is here to answer.

Why the Raiders won: Derek Carr was the best quarterback on the field on Monday night. He had a bit of a shaky start but recovered and was incredibly efficient the rest of the way, going 28/38 for 282 yards and three touchdowns, with 12 of those completions and 103 of those yards going to tight end Darren Waller
Why the Saints lost: New Orleans had a 10-point lead with about five minutes left in the first half but they quickly saw that lead evaporate thanks to 1) an inability to stop the Raiders' short passes, and 2) one of the worst interceptions you'll ever see from Brees. The veteran QB racked up 300+ yards passing but he hardly looked polished against a suspect defense. The Saints own D died by a thousand cuts and they looked gassed as the game went on ...