Sideline Steve: 5 Saints to keep an eye on at training camp (1 Viewer) 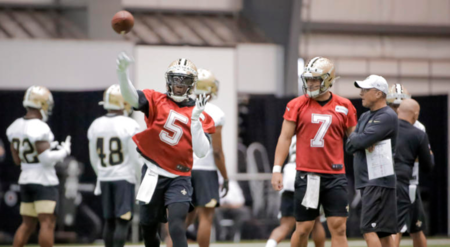 Horrifying images from the NFC championship were seared into our memory after the Rams got a little help from the refs to beat the Saints to advance to the Super Bowl. But, now is really the time to move on and focus on 2019 since the first practice of training camp is Friday, July 26th.

This year’s Black & Gold squad is expected to be right back where they were a year ago. They finished last season 13-3 and were the #1 seed in the NFC playoffs. A super talented roster remains intact and while everyone wants to talk about Drew Brees being a “40-year-old quarterback”, he has shown no signs of a decline in production and continues to shatter NFL records. You don’t have to worry about #9 heading into camp, but here are 5 guys that do have question marks around them:

Will the 2nd round draft pick be the Saints starting center week 1? The consistent and reliable Max Unger retired at the end of last season which leaves a massive hole up front. Putting that responsibility on a rookie could be too much to handle, but he’s got a pretty good support system around him with Terron Armstead, Larry Warford, Ryan Ramczyk and Andrus Peat on the o-line. Of course, McCoy won’t just be given the job, he will be competing against Cameron Tom and free-agent addition Nick Easton.