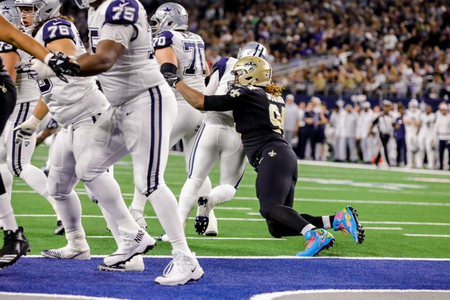 There were not too many surprises on either side of the ball during Thursday's loss to the Cowboys.

Dan Arnold again played 12 snaps, while Josh Hill (26) and Ben Watson (20) played the majority of the snaps there.

In his first game back from injury, Tre’Quan Smith logged 44 snaps, putting him behind Michael Thomas (51). Keith Kirkwood (27) and Austin Carr (15) were next.

It wasn’t a major Taysom Hill game. The quarterback only logged seven snaps,

Defensively, Cam Jordan was back to a full load of work, playing 66 snaps out ofa possible 71.