Snap counts: Here are a few things that stood out for Saints in win over Eagles (1 Viewer) 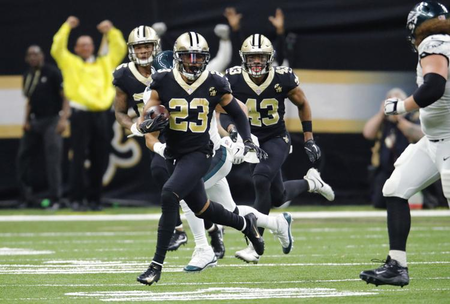 Here are a few things that stood out about how the Saints approached the Eagles during Sunday's win:

- Drew Brees came off the field for a snap. Taysom Hill played quarterback during the play.

- Hill was back in the mix at 25 percent of the snaps.

- Garrett Griffin was called up and played 19 percent of snaps.

Admin
Owner & Webmaster - SaintsReport.com
Marcus Williams was in on an offensive play? Wonder when and why that was?
Show hidden low quality content