So Far, the Saints’ Taysom Hill Experiment Looks Like a Success (1 Viewer) 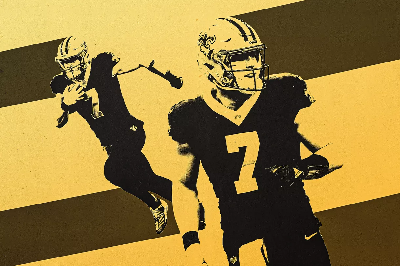 When Drew Brees went on injured reserve last week, Sean Payton turned to Hill
to take over under center. And in Sunday’s win over the Falcons, that gutsy call
proved to be the right one.

By Kaelen Jones | The Ringer

The scientific method involves six basic steps. First, one must make an observation, ask a question, or form a hypothesis; after that comes predictions, tests, data analysis, conclusions, and results. Quarterback evaluation isn’t an exact science—despite many peoples’ efforts to make it one—nor is it as simple as the process you used back in your sixth-grade science fair. But the elements used to rate a signal-caller aren’t too different from those procedures. And though Sean Payton’s Taysom Hill experiment has not followed the form of typical quarterback trials, we finally got the initial results of Hill as a starting QB on Sunday.

Through the first three-plus years of Hill’s tenure in New Orleans, Payton used him as a do-it-all gadget player who registered snaps at receiver, tight end, and on special teams. Hill has been used in plenty of wild-cat formations at quarterback, too, but prior to this week, Payton still didn’t really know what he really had in Hill. So with Drew Brees on injured reserve with multiple rib fractures and a collapsed lung, Hill earned his first-ever start at quarterback for the Saints—and he guided them to a 24-9 victory over the Falcons.