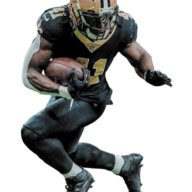 I posted a thread about Richard Seymour earlier but I think I forgot to add a link. But anyway, I just think if this guy can be a 4 time probowler then we should have more players going.

Offline
I don't know what your previous post was but I'm guessing you're basing it on the fact that he's listed as a DE and doesn't have a lot of sacks.

He's a 3-4 DE/4-3 DT. And stats don't show how dominate this guy has been over the years. He's a huge reason the Patriots' defense has consistantly been one of the best in the league since his rookie year in 2001 (the first year they won a super bowl)

Offline
this guy could play any of the line spots (LB/DT/DE) and still be productive at a high level.